8 films from around the world to improve your French 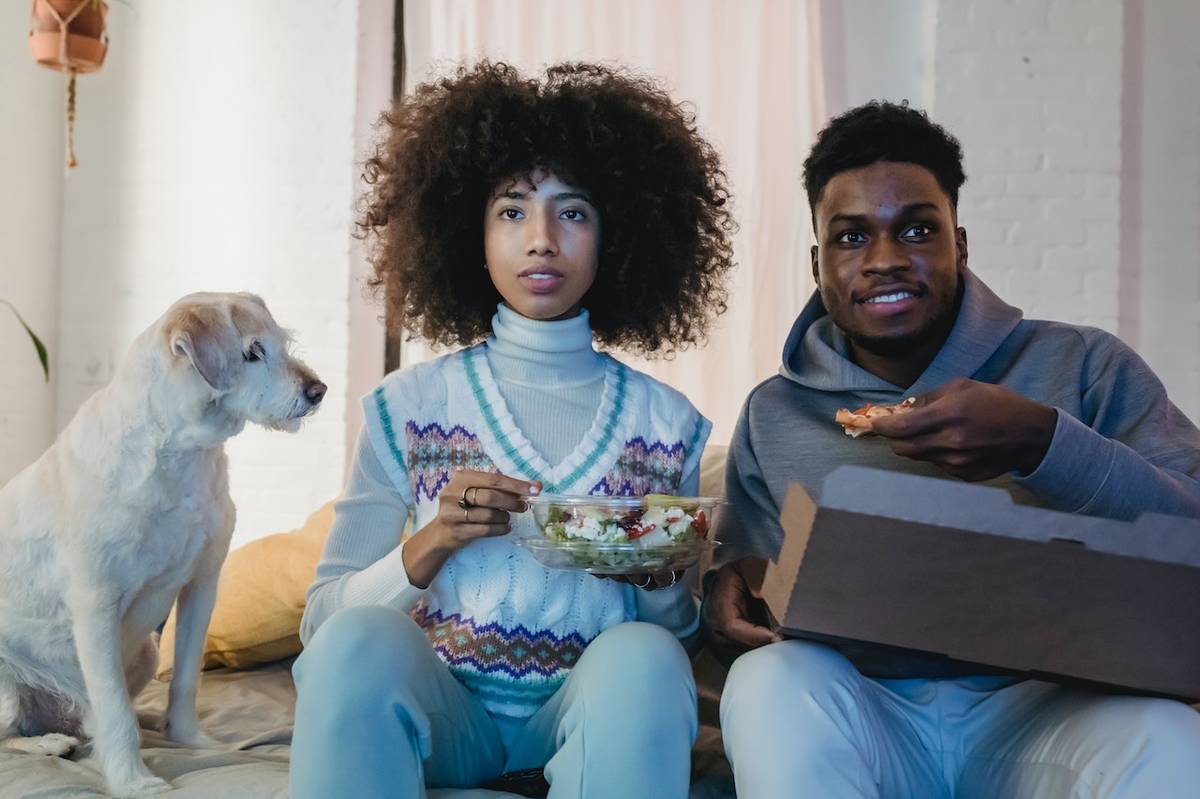 Learning French is a multifaceted process. You might start by trying out some French greetings, then move on to counting with French numbers.

But there’s more to learning French than memorizing vocabulary or learning how to conjugate verbs, even though both of these skills are critically important.

When it comes to effective learning strategies for French fluency, don’t forget about watching French-language films.

Why watch movies to improve your French?

Break up the study monotony with French movies, and you’ll start to feel the French language coming more naturally to you.

Movies are a great way to get lost in an imaginary world for an hour or two – whether it’s a world that scares you, delights you, or enchants you. You can get completely immersed in the story, absorbing the French you hear without thinking too hard about it.

The relaxation you feel while watching a movie is a valuable learning tool, because it puts your mind in a state that’s automatically more conducive to learning. Relaxation enhances the brain’s production of theta waves, which in turn make you more likely to retain new information.

How can you get the most out of French movie time?

Whether you watch a French-language film once a month or once a week, there are several ways you can optimize your movie time.

First of all, pick films in genres that you personally enjoy. It doesn’t matter how many awards a particular film won at Cannes if you doze off during the first five minutes. If you want to watch monster movies or rom-coms, fine. Just find films that are likely to keep your attention and entertain you. After all, watching a film in another language can feel challenging; it pays to make the experience as positive as possible, so that you’ll want to make a habit out of watching films in French.

Regarding subtitles, most streaming services give you several options. You can normally decide to have subtitles in your native language, subtitles in French, or no subtitles at all. As a rule of thumb, beginners might want native-language subtitles with French audio; intermediate learners may wish to use French subtitles; advanced learners might dispense with subtitles entirely.

It’s helpful to keep a notebook on hand for jotting down unfamiliar words, plus interesting cultural observations (If you already have a language learning notebook for French, you might just add a Film section to it).

Once you’ve matched new words with their definitions, you could study and review them using flashcards. You can even make custom decks of virtual flashcards with your movie vocabulary words in Lingvist, allowing you to study and regularly review them.

If you study French with a friend, you might both watch the same film, then discuss it together (in French). That way, you get to add conversation practice to all the other movie-watching benefits you’ll enjoy!

Now that we’ve considered several ways you can improve your French fluency by watching movies, let’s look at the virtual marquee to find some of the best French-language movies out there.

These films come from many parts of the French-speaking world, including North America, Africa, and Europe. They cover everything from documentaries to dramas to comedy.

Even if these films don’t turn out to be blockbuster hits for you, remember that they’re just a small sampling of francophone cinema. If you subscribe to a streaming service, be adventurous and try any French-language films that might appeal to you.

Listen for intense discussions of emotions as the pair learn to navigate their unusual relationship. You may also discern differences in the accents of Namur-raised Poelvoorde and the Paris-born Carré.

The film is now available on Prime Video (for a fee), as well as Freevee, Pluto, Plex, and Tubi.

A feel-good film with just the right touch of adventure, comedy, and intrigue, 10 Jours en or(10 Golden Days) tells the tale of Marc Bajau, a fastidious bachelor who offsets his own rigidity with dreams of being a slick ladies’ man.

His neat, lonely life is completely disrupted by the arrival of Lucas, an irrepressible six-year-old left in his care by a casual girlfriend. Both amusing and bittersweet, this film includes everyday expressions and dialogue pertaining to work, romance, and family life.

This 1946 Jean Cocteau classic is a melancholy fantasy. Originally in black and white with dramatic lighting contrasts, it tells a very familiar tale in a ground-breaking, artistic manner.

Because this story is so well known, the plot is easy to follow. Even if you encounter unfamiliar words, the sparse dialogue tends to be delivered slowly, which can also help learners to understand it more easily.

The film is currently available through Amazon.com, Prime Video, and HBO Max. Be aware, however, that some versions are open captioned in English, meaning that the English captions can’t be turned off.

Bienvenue chez les Ch’tis – literally, “Welcome to the place of the Ch’tis,” although often translated “Welcome to the sticks” – is a fish-out-of-water story. French-Algerian actor Kad Merad plays Philippe, a man from southern France whose scheming at work has gotten him banished to the dreary “boonies” near the Belgian border.

“Ch’ti” is a familiar name for the Picard language and its speakers, whose spoken French sounds quite different from their compatriots’. The culture clash between Philippe and the Ch’tis provide much of the comedy in this story, which becomes unexpectedly touching.

Bienvenue chez les Ch’tis is available for purchase or rental on both YouTube and Amazon’s Prime Video (Please note that the English subtitles are often not literal translations of the dialogue, since they are meant to highlight the humor in the language differences between Ch’ti-style French and standard French).

The film is partly in English, which may make it easier for beginners. It’s a buddy comedy, with a bilingual, bi-cultural twist: To solve a murder on the border between their two provinces, a straight-laced police officer from Ontario is forced to work with a loose-cannon Québecois detective.

Somewhat reminiscent of a Canadian Lethal Weapon, the film is currently available for streaming on Netflix.

Mon oncle Antoine is a French-Canadian film that takes us back to a Québec mining community of the 1940s. The story is told from the point of view of the adolescent Benoît, who witnesses drama and changes in his family’s life, right on the cusp of societal change in Québec.

The events of the film take place just prior to the Asbestos Strike of 1949, which precipitated massive shifts in Québec’s political scene and social life. The changes in Benoît’s family seem to presage the societal changes to come.

The full film can be found on the National Film Board of Canada’s website, or on their YouTube channel. In both cases, it has English captions which cannot be removed.

La retraite (retirement) is meant to be a time when you can finally rest, relax, and enjoy yourself after many years of hard work. For people like Pipe, however, retirement is a difficult adjustment.

This Swiss film opens with Pipe’s cautious exploration of a new moped, which he has purchased with part of his pension money. The film follows Pipe as he gains confidence in his new life of retirement, through his adventures and misadventures.

Les petites fugues uses gentle humor to explore universal themes, such as finding a sense of purpose after a major life transition. It was selected as a nominee for the Cannes Film Festival Prix un certain regard (“a certain look prize”), a category for non-traditional films.

The film can be found on YouTube, although without any captions.

GOD IS NOT WORKING ON SUNDAY! | Trailer from leona goldstein on Vimeo.

A thought-provoking documentary, God is Not Working on Sunday! is a look at life in Rwanda nearly two decades after the genocide. Through the eyes of Florida, Godelieve, and Beata, we can see the concerns of Rwandan women in today’s culture.

The film has won numerous international awards for its complex portrayal of the grassroots movement to nurture societal change in Rwanda. It also focuses on the need for healing as Tutsi and Hutu alike come to terms with the violence of the past as they build a future together.

Listen for the rolled Rs and other distinct sounds of Rwandan French as you watch this powerful documentary on Amazon’s Prime Video service.

Like francophone literature and music, films are a dynamic part of French-language societies. Since there are always new movies being made, you’ll never run out of French films to watch – and you’ll never stop learning new things about the French language and its diverse world of speakers. 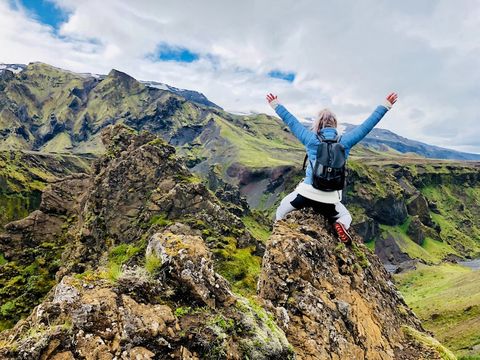 Like many other apps, we collect personal data to provide a better experience for our learners. Please review our Privacy Policy to learn more about how we process this data.  END_OF_DOCUMENT_TOKEN_TO_BE_REPLACED