How Has Brexit Affected Language Learning in the UK?

The question of “why” people start to learn a language is amongst the most important factors in how often, long, and consistently they’ll study — and ultimately how fluent they can get themselves to be.

Intrinsic factors, such as personal development, desire to travel, love, and family life are some of the strongest of these personal motivtions.

But how do the decisions of our governments and our economies influences these personal motivations? How can they change our attitdues towards learning a language?

Brexit has given us a unique opportunity to witness a large-scale and significant change that not only affects a goverment, but the economy behind it and the place as global citizens of the people under it.

We examined 9 months of learning data before and after Brexit (August 2016 - April 2017) and found that Britons’ appetite for language learning strengthened despite the UK’s decision to leave the EU. According to this data, Lingvist has seen a 91% increast in UK users since Brexit. The average user has completed 574 of learning cards in total, learnt 30 new words daily, and spent 18 minutes learning each day.

Looking at the data in more detail, our English-French course has seen a 12% increase in learners post-Brexit, with the most popular language courses from English being French, Spanish, and German.

We took an even closer look at the data and found that British learners seem to find challenges with specific words across different languages. For instance, words that somewhat resemble an English word (also known as cognates) — such as the Spanish word gobierno, which resembles the English word government — seem particularly tricky.

fois (time) – It’s not that the word itself is that difficult, it’s more that the translation in English can set learners on a wrong path. Fois is ‘time’ in the meaning of ‘Il était une fois…’ (‘Once upon a time…’), but users mistakenly assume it references ‘time’ that we measure in minutes and hours (which is actually temps in French).

avis (opinion) – It’s potentially difficult for English speakers to understand why the French would need another word that means the same thing when they already have une opinion. However, it’s a useful word that is used for giving a ‘point of view’.

faut (have to) – The verb falloir is a tricky one! It’s an impersonal way to say that something is necessary. There’s no direct equivalent to it in English, so it’s easily mixed up with the verb devoir – which is ‘must’.

gleiche (same) – Three aspects come into play here. The word uses two consonant-vowel clusters (-ei and -ch), which may make it difficult to remember all the letters that are not individually sounded out, it must be correctly declined, and in this case needs just an -e (not an -es or -en). Last but not least, it’s very different from it’s English target word.

Jahr (year) – This sounds like Ja (yes), yet takes the extra two letters. Learners may also want to write ‘Yahr’ or ‘Jano’.

Platz (place) – Even many native German-speakers make mistakes with -tz or -tzt or -zt. Learners may also replicate English or Spanish, and write ‘place’ or ‘plaza’.

gobierno (government) – The difficulty with this word is most probably due to spelling confusion (-b in ES, -v in EN), as both forms are rather similar.

algún (some/any) – The shortened form of alguno may turn out to be a bit confusing for English speakers because it translates as ‘some’ or ‘any’, depending on whether the sentence is a statement or a question.

sois (you are) – The second person plural form of the present indicative of the verb ser (to be) may eventually become a complex term to assimilate by English users, as ‘to be’ translates into two different Spanish verbs: ser and estar. Both ser and estar have their own meanings and conjugations. What’s more, the form ‘you are’ the has up to eight possible translations: tú eres/estás, vosotros sois/estáis, usted es/está, ustedes son/están.

To be sure, these words present so possible special challenges for British English speakers setting out to learn French, German, and Spanish — but they shouldn’t be obstacles. Our Chief Linguistic Officer, Hanna-Leana has this reminder for language learners of all mother tongues:

Most of the challenges we face when learning a language don’t exist as part of the language, they exist as part of ourselves. Learning new words in a foreign language is not difficult; having the consistency, perseverance and the patience is the challenging part. There is no inherent talent for language learning, so everybody can do it, if they put their mind to it.

So then, how to be consistent, perservere, and build patience with your language learning? Take a look at our advice on how to build a language-learning habit, even if you’re easily overwhelmed.

Has Brexit got you wanting to brush up on your French? Want to take a deeper dive into Spanish? Ready for a foray into German or Russian? Find our how you can learn a language faster and more effectively, with Lingvist. 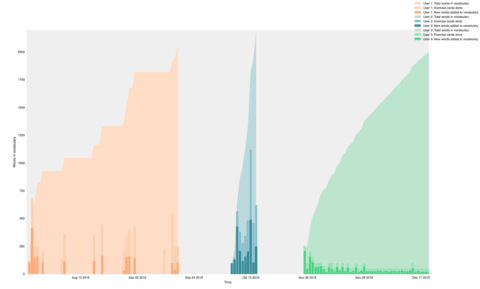 How long does it really take to learn 2000 words? Lingvist’s Data Scientist, Mikk took a deeper look at some learning data and has some surprising answers! 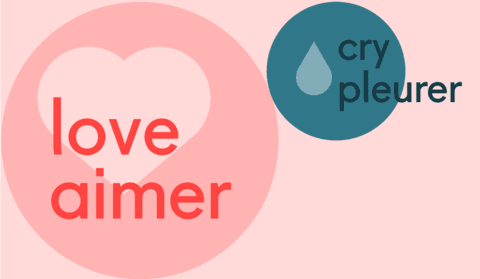 Need Proof of the Power of Love? Lingvist Has the Answer

Love motivates us to do some pretty amazing things. But how powerful is love when it comes to learning a language? 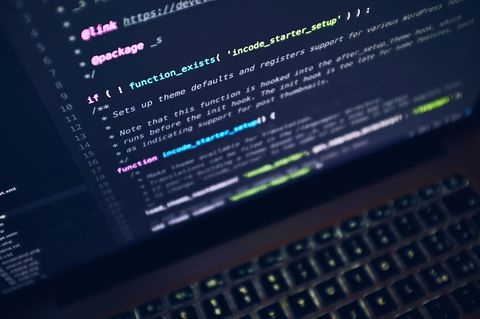 Type “how to learn a language” into a search bar on any popular search engine, and the next suggested word...

Like many other apps, we collect personal data to provide a better experience for our learners. Please review our Privacy Policy to learn more about how we process this data.  END_OF_DOCUMENT_TOKEN_TO_BE_REPLACED