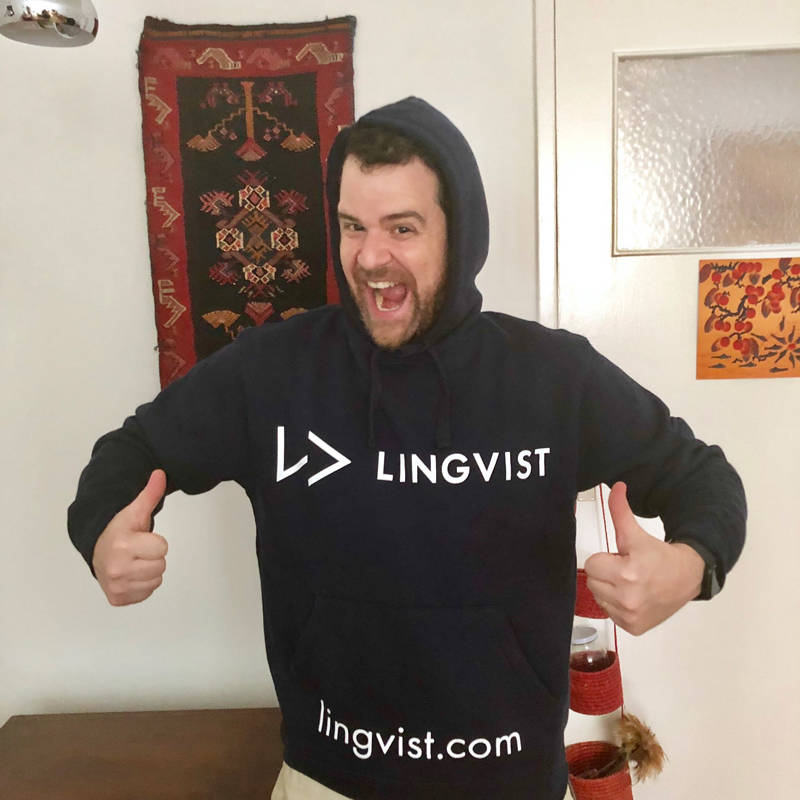 The last time I tried learning a language, I was 15 years old. Language is a nominal requirement in American schools. You don’t actually have to learn to speak or write a language, as long as you fill in the worksheets properly (which I didn’t do, incidentally). I guess I didn’t see a great need to learn “Est-ce que vous avez un feu” (“Do you have a light?”) to use in my daily 15-year-old life, so I followed the norm for most Americans and only saw the need to use English.

Then, in August 2018, I moved to Germany to write stories and dialogue for video games. This was in English, of course, but suddenly I was surrounded by a language I didn’t understand and Internet service providers, delivery services, and landlords who were very proud to keep their national language intact. This was more than a little difficult for me, as a writer and voice actor who uses language as a tool to fix most problems (I’m pretty proud of my ability to get seat upgrades on flights).

I had to learn German, and I had to learn it well. I started with Duolingo, as many people do. Duolingo feels great. No matter what your level of understanding is, for better and for worse, you can always progress. But when I’d mastered every single level in Duolingo in a matter of a few months, I realized I’d remembered almost nothing other than “Das Mädchen isst zwanzig Insekten.” That’s a great sentence, don’t get me wrong, but I couldn’t say that I’d learned German.

So I started exploring. I downloaded every language learning app, but I always felt slowed down. I was desperate to learn German, and learn it quickly, while keeping my day job. I wanted to be aggressive, but I couldn’t find a way to do it when I was forced to wait for images to load, or to find my headphones, or to find a quiet spot to speak to my phone. And then I found Lingvist.

Lingvist caught me immediately. I started learning words at my own pace. The company recommends a very sensible (even aggressive) 20 new words a day, but I pushed myself to learn 40. I don’t recommend this. It made my brain hurt. But Lingvist never stopped me from my own ridiculous ambitions. I did come up against some algorithmic limits and had a few days where I needed to answer 700+ questions to receive new words, but Lingvist support (Hi Alex!) and I are pals now. I hated those days, as my 20-minute lessons gradually expanded to 3+ hours, but that was my choice. And you know what? It was totally fair.

You can’t brute force a language, even though I really, really tried to. Lingvist’s algorithm was ruthless. I knew that “Gegenwart” meant “present time” at some point, and was happy to assume I’d mastered it, but a month later, the dreaded Gegenwart would rear its ugly head once more, and I was forced to admit that I hadn’t actually learned the word.

But something cool started to happen when I kept pushing through those difficult words and multi-hour lessons. I started to see patterns. Prefixes. Suffixes. This strange Lego language started to deconstruct, and something very rewarding began to happen. I started to be able to guess what new words were without having seen them before. The signs on the street started to make sense. German colleagues could speak in their own language and I’d at least be able to get the gist of what they were saying. For the first time in my life, I actually started to understand a language that wasn’t English.

I’ve been using Lingvist for about nine months now and have just closed in on all 4,314 German words it offers. I can’t say I speak German yet. There’s no Matrix-like “I know kung fu” way to learn a language. But Lingvist opened up German for me. I can watch German movies and play German video games. I can read German news. I can make German jokes and German puns, introducing my unique American sense of humor to my colleagues.

And I’m still learning. I take my company’s free classes. I’m using other apps that help me clean up my atrocious grammar. I’m soliciting critiques from my colleagues on my sentence construction and my accent. I’ve learned that to learn a language properly outside of an academic environment it needs to be not just a hobby, but a primary hobby.

With Lingvist’s help, though, I have to admit I enjoy my new hobby, even if German is admittedly not the most beautiful language in the world. It’s poetic the way it connects words to create new meanings, even if the actual sound isn’t so pleasant. But I’ve got a personal challenge: to make German sexy. I am informed by many Germans that this is not possible, but I’m going to make ein Versuch of it. 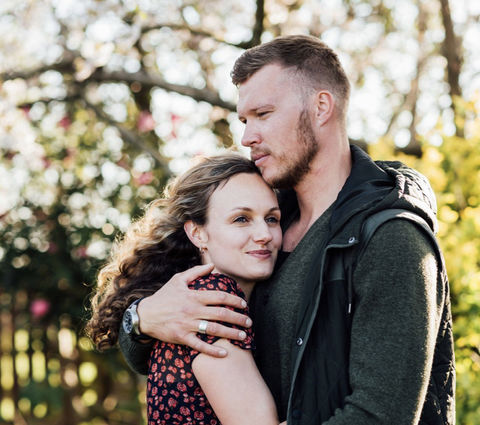 Marie-Luise was assigned the task of evaluating an online learning environment, which turned out to be the perfect opportunity to find out what users think about Lingvist.

Like many other apps, we collect personal data to provide a better experience for our learners. Please review our Privacy Policy to learn more about how we process this data.  END_OF_DOCUMENT_TOKEN_TO_BE_REPLACED