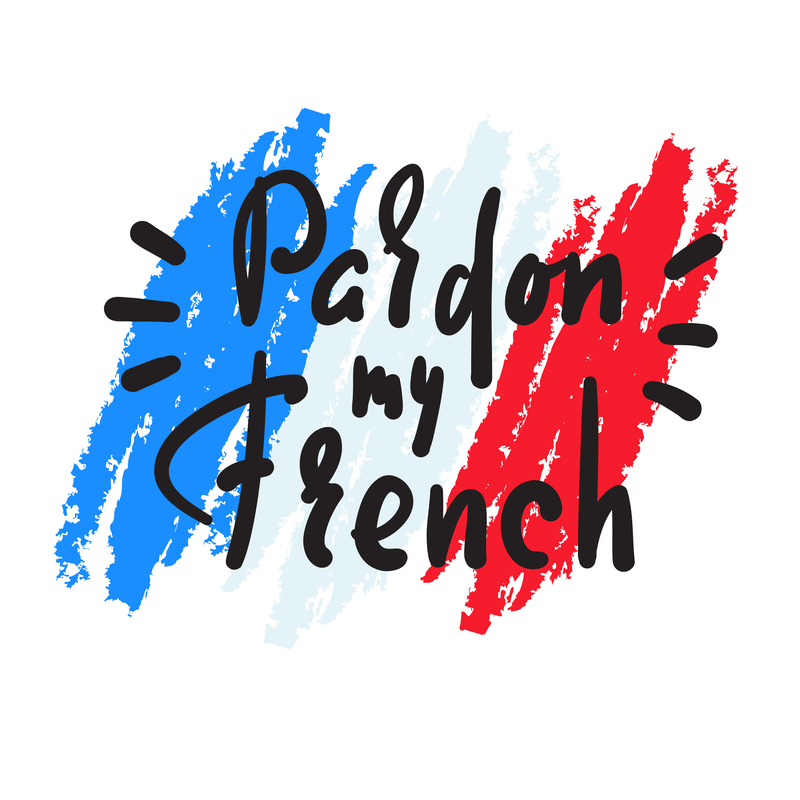 Has the phrase “Pardon my French” (unequivocally followed by an English swear word) been puzzling you since you started learning French? Are these curse words all rooted in French? Or are the French known for being especially vulgar? It’s true that some curse words in English may have originated from French (“pisser” just means to urinate and is not necessarily vulgar). However, the usage of “Excuse my French” has an even more complicated history and is an interesting peek into the history of contact between the Anglophone and Francophone worlds.

English speakers generally use “Excuse/Pardon my French” to regain a bit of class in a conversation by excusing their inappropriate comments and making it clear that their intention isn’t for the conversation to devolve into a profanity-ridden debate. In PG movies or primetime TV, the phrase can be cleverly used to make a non-swear insult seem more profane, thereby avoiding but alluding to a disallowed word. Historically, the phrase was used to apologize for using French on the occasion that the addressee didn’t understand French. It was not uncommon (and rather fashionable for some time) for high society in England to know French, as it was the language of the judicial courts for several centuries after the invasion of the British Isles by the Normans in 1066, but it was not a given that a less educated person would understand. The replaced English word was not necessarily profane, but perhaps felt more appropriate in French rather than English for more delicate topics. Here’s an example of this from The Lady’s magazine in 1830:

“Bless me, how fat you are grown! – absolutely as round as a ball – you will soon be as enbon-point (excuse my French) as your poor dear father, the major…”

The English and French have a rollercoaster history, and with that naturally come a slew of stereotypes and grievances of any two entities with prolonged contact. With time, this phrase came to refer to anything uncouth or rude, due to the stereotype of the French as being less proper or less demure.

If the first two French curses that pop into your mind are “sacrebleu” and “zut alors !,” there is a whole elaborate world of profanity for you to discover. Regarding these two, the popularity of sacrebleu is actually a misconception. This antiquated expression was a purposeful mispronunciation of “sacré dieu” (holy God) used to avoid taking the Lord’s name in vain. In English we do the same thing (called a minced oath) with expressions like “Holy smokes!” or “Gosh darn!” French speakers will probably understand you if you use it, but it may not have the desired punch you’re looking for. As for “zut alors,” it’s not exactly a curse word. As interjections go, it’s more similar to “shoot” than “sh*t.” If these two are your go-to attempts at profanity, read on to update your repertoire of exclamations and insults! If you find yourself having trouble with the other words or understanding the grammar, use Lingvist’s online French course to make sure your overall French level is high enough to support your newfound fluency in French swearing.

*WARNING: As you may imagine, some French curse words and their translations are very vulgar. Our aim is to provide factually correct information about the usage of French curse words as a naturalistic human behavior to aid French learners in understanding authentic French, which in some cases may be graphic or offensive in their reference to religion, sexuality, or violence.*

NOTE: A’though in some countries curses are commonly used in front of children or older family members, the vulgarity level listed here is representative of conversation between adults in informal situations. Be careful using these around children, co-workers, or elders!

Baiser is an especially tricky verb in French because it’s usually used to mean “to f*ck” in the sexual (or sometimes metaphorical) way.

Tout le monde sait qu’elle a baisé une célébrité, mais elle ne nous dira pas laquelle. (Everyone knows she f*cked a celebrity, but she won’t tell us which one.)

However, it can also be used as the innocent verb “to kiss.” Unfortunately there are not any secrets to knowing which is which, except context.

As a French learner, you may want to stick with one of these nouns for kiss: bise/bisou

Ils se font la bise alors ils doivent se connaître. They kissed each other on the cheek (as is a common greeting in France), so they must know each other.

To make matters worse, non-native French speakers may accidentally mix up the pronunciation with baisser, which means “to lower.”

Very similarly to its English equivalent, this fun little word can be found in countless creative phrases. If you’re looking for something less strong, use its less offensive cousin: Mince !

Not enough options for using merde? Try the associated verb emmerder, which literally means (you guessed it!) “to sh*t” but is more often used to describe annoyance or boredom:

Not sure how exactly to use one of the colorful words from above? Commit these full phrases to memory and you’re sure to make your French pals giggle.

Think of the verb foutre as the evil twin of faire. Just like the rough correlation of the English translation “to do” and “to f*ck,” the verb foutre can be used in many ways that stray from its “original” sexual connotations. Two of the most common phrases are:

It can also be used in a variety of other creative ways:

Like “what on earth are you doing, playing at, farting around”:

Qu’est-ce que tu fous dans ma chambre ? (What the hell are you doing in my bedroom?)

The reflexive version of foutre can be used to mean “get yourself into… (a mess).”

Il s’est foutu tout seul dans cette situation délicate ! (He got himself into this awkward situation all on his own!)

When combined with de it can mean either “make fun of/take the p_ss out of” or the well-known example “not give a f_ck.”

Tu ne te foutrais pas de lui ? (You’re not making fun of him are you?)

If you’re looking for something one step down from foutre, it’s less-foul cousin ficher may be the perfect verb with a vague meaning of “doing” something.

To “give” someone something: Je lui ai fiché une gifle.

(To slap someone in the face.)

To scoff at something:

Tu te fiches du monde?! (Do you think it’s funny? / Are you taking the piss?) 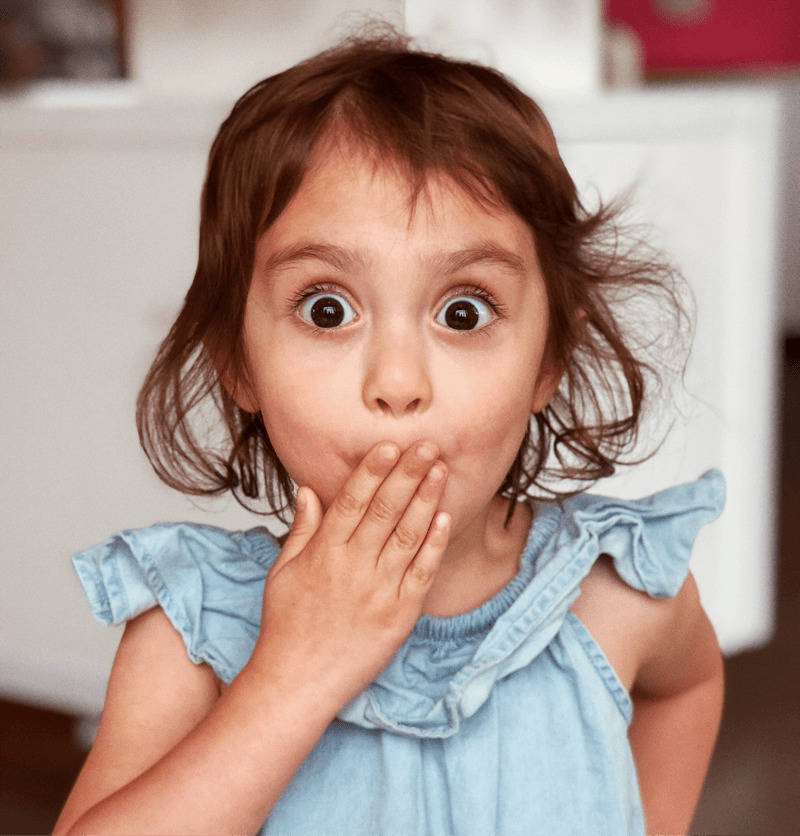 A Word of Caution

Sometimes when first starting out with a language, second language speakers can sometimes overuse or use stronger curse words too flippantly. Some researchers think that this may be tied to the fact that as children non-native speakers never experienced that strong, emotional taboo reaction from adults around curse words, and therefore do not “feel” the curse words as strongly as native speakers do.

For this reason, it’s important to listen carefully to native speakers’ usage before trying these words out for yourself. As you may know, French uses a special “person” category (vous) to show respect or formality, and in some situations the appropriate usage of formality is taken very seriously. At the same time, French TV doesn’t usually censor bad words, and in some areas (we’re looking at you, south of France) cursing is as natural as breathing, so you may hear some words northerners would find offensive used affectionately. Always follow native speakers’ cues, keep in mind the “hierarchy” of “badness,” and realize that some words are only appropriate with good friends, far away from children (and most elders).

Now that you know the history of the term “Excuse my French,” it may strike you as strange to hear English speakers using the phrase referring to bad words in English. However, the next time someone uses the expression, you are now equipped to teach them a few actual French curses!

So where can you see these colorful words in use? One great way to learn creative curse words is watching movies in French or watching English movies with French subtitles to see the corresponding curses. Another way to see curse words in action is to follow French speakers on social media. Don’t forget to sign up for Lingvist’s online French course to make sure you understand the rest of the words surrounding the bad ones!

Like many other apps, we collect personal data to provide a better experience for our learners. Please review our Privacy Policy to learn more about how we process this data.  END_OF_DOCUMENT_TOKEN_TO_BE_REPLACED