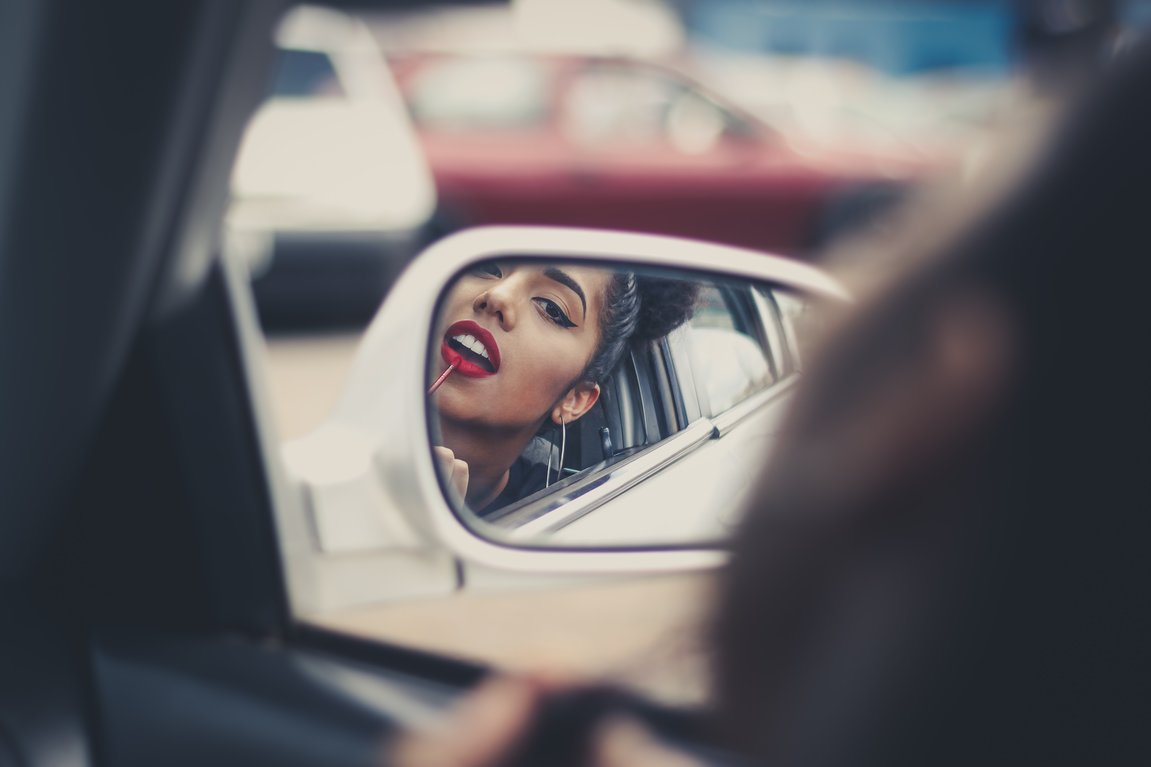 What Are You Doing to Yourself?

Reflexive verbs “reflect” the action back upon oneself, meaning that the person performing the action is also the one receiving it. In English, we often use the word “commit” in front of reflexive verbs, such as “perjure” (commit perjury), meaning to lie under oath, which can only be done by the person in question back “to” that same person. In French, reflexive verbs (or “verbes réfléchis”) are used to talk about your own body, your clothing, your state of mind, and your relationships.

In English, we use the pronouns “myself, yourself, himself, herself, themselves” to express the “who” that’s receiving the action. Reflexive verbs are a type of pronominal verb, which means they include or relate to a pronoun. In French, the reflexive pronouns (or pronoms réfléchis) “me, te, se, nous, vous” are used in the same way.

Note: When the reflexive pronoun comes before a vowel, the French word “y” (roughly: “it”), or a silent h, the e is replaced by an apostrophe and the words (and sounds) are combined.

Some Verbs Are Always Reflexive

There are verbs which can only be done to oneself in both languages; however, French is much stricter about which ones need to specify the reflexive pronoun. These verbs include the neutral se in the infinitive (or most basic) form. A few examples are:

Some Verbs Change Meaning When Reflexive

For other verbs, adding a reflexive pronoun changes the meaning (just as it does in English). 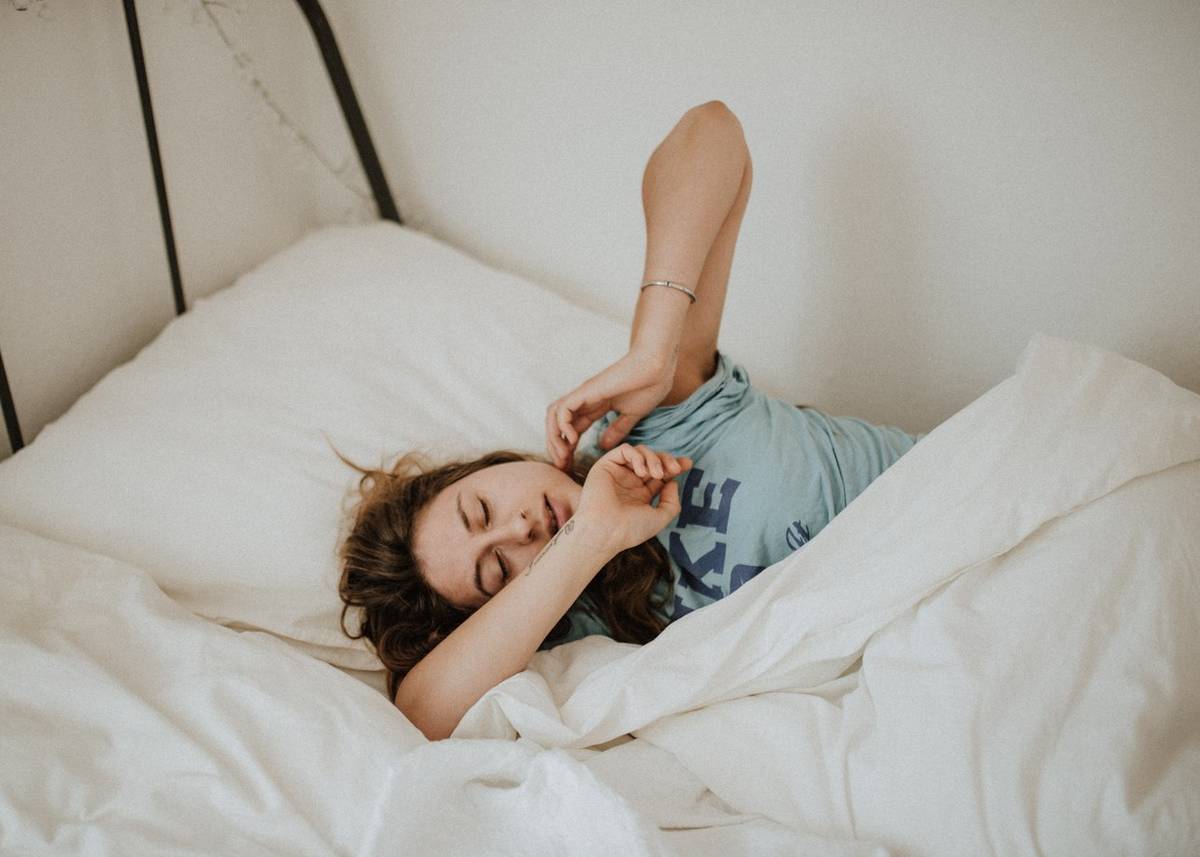 For example, in French, the verb for “to wake up” requires that you use a personal pronoun to distinguish whether you woke someone else up or yourself. You’ll notice that in English it seems redundant to say “I woke myself up”; however, the specificity does add information because it is possible that someone or something (alarm clock, barking dog, etc.) else woke you up.

Note: The examples below include a direct (ungrammatical) word-for-word translation (with *), as well as the English sentence expressing the same meaning.

Je me réveille. I wake (myself) up.

Le professeur le réveille. *The teacher him wakes. The teacher wakes him up.

Je m‘habille. *I myself dress. I got dressed / I dress myself.

Rather than stating the fact “My name is…”, in French you tell people what you “call yourself.”

Comment tu t’appelles ? *How you yourself call? What is your name?

Je m’appelle Marie. *I myself call Marie. My name is Marie. 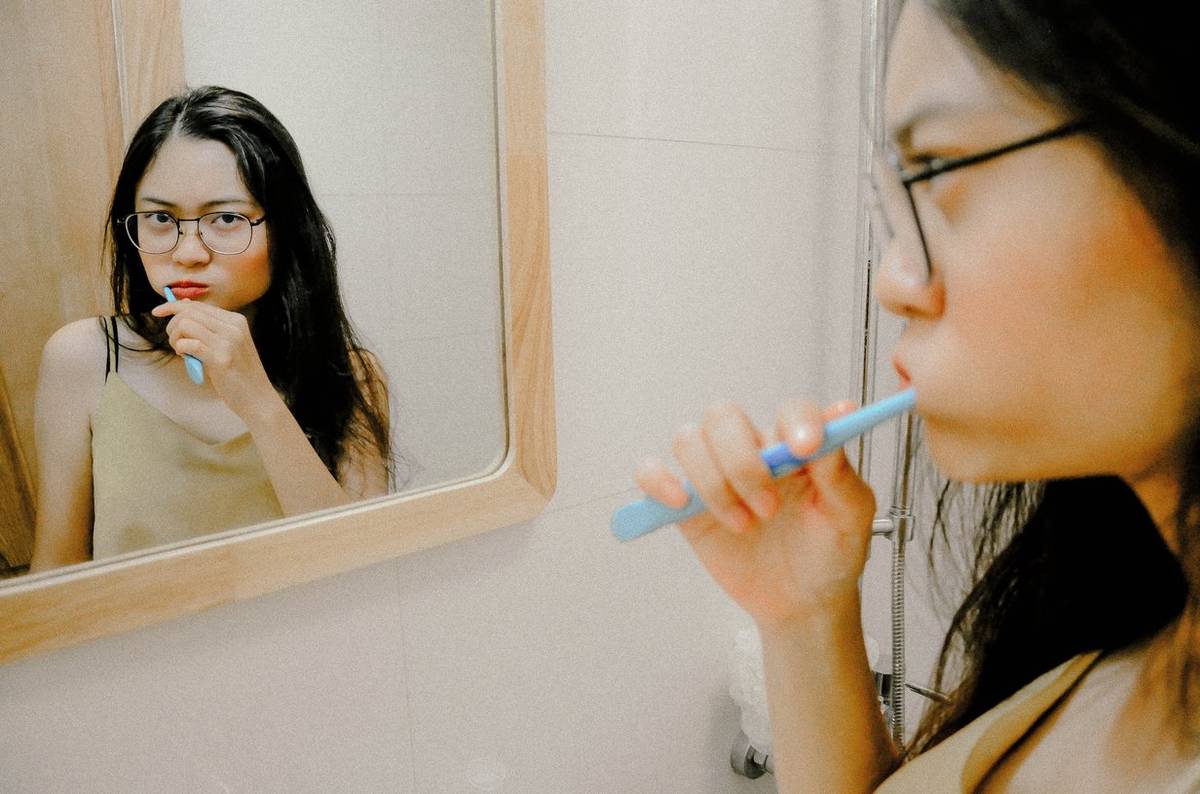 Any verbs that discuss personal hygiene include the reflexive pronoun.

Elle se brosse les dents. *She herself brushes the teeth. She brushes her teeth.

Whenever you describe something that you do to your own body (or someone does to their own body), you will also need to make the verb reflexive. For example, laver (“to wash”) isn’t always used to talk about washing oneself. But, just like English, adding the reflexive pronoun changes that.

Je me lave les pieds. *I myself wash the feet. I wash my feet.

Notice that French does not use the possessive adjective (“my”) to talk about body parts that are “owned” by someone; they are just referred to with the definite article, or as “the __.”

Here are a few common examples of hygiene or body-related reflexive verbs: 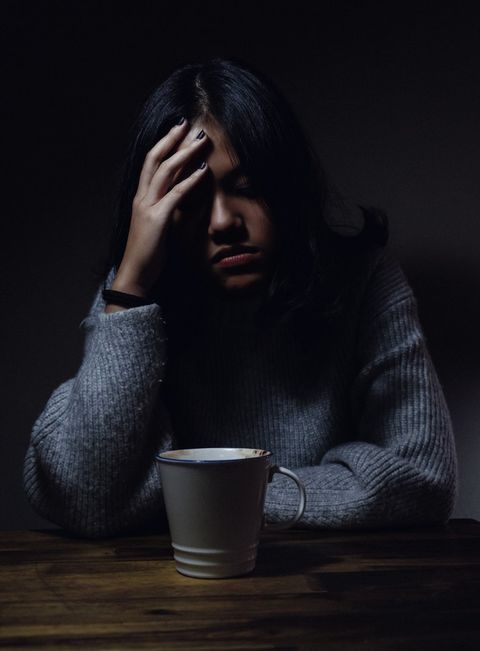 Many reflexive verbs deal with changes of states of mind or emotions. Here are a few common examples:

Reflexive Pronouns Stick to Their Verb

When using multiple verbs together, the reflexive pronoun always remains next to its verb, so that the meaning isn’t confused. For example, to form the futur proche and talk about something you plan to do right away, you add the present tense form of “to go” to the infinitive of the main verb that describes the action being taken. This mirrors the English format for future tense. In this case, the reflexive pronoun goes between the conjugated form of aller and the reflexive verb.

Je vais me peigner les cheveux. I am going to comb my hair.

Notice that reflexive pronouns can be used to describe an “exchange” of action, or a reciprocal event, between two or more parties.

Nous nous parlons souvent. We talk to each other often.

Along with most verbs of movement, reflexive verbs always take être rather than avoir in the past perfect tense, the passé composé. Take a look at the earlier example of making a verb reflexive to show that the action is being done to oneself, but this time in the past tense:

Reflexive using être in first-person singular (suis): Je me suis habillé. *I myself dressed. I got dressed / I dressed myself.

Non-reflexive using avoir in third-person singular (a): Elle a habillé sa fille. She dressed her daughter.

Want to keep teaching yourself French? Sign up for Lingvist’s online French course today to continue learning how to express yourself in a new language!

Like many other apps, we collect personal data to provide a better experience for our learners. Please review our Privacy Policy to learn more about how we process this data.  END_OF_DOCUMENT_TOKEN_TO_BE_REPLACED