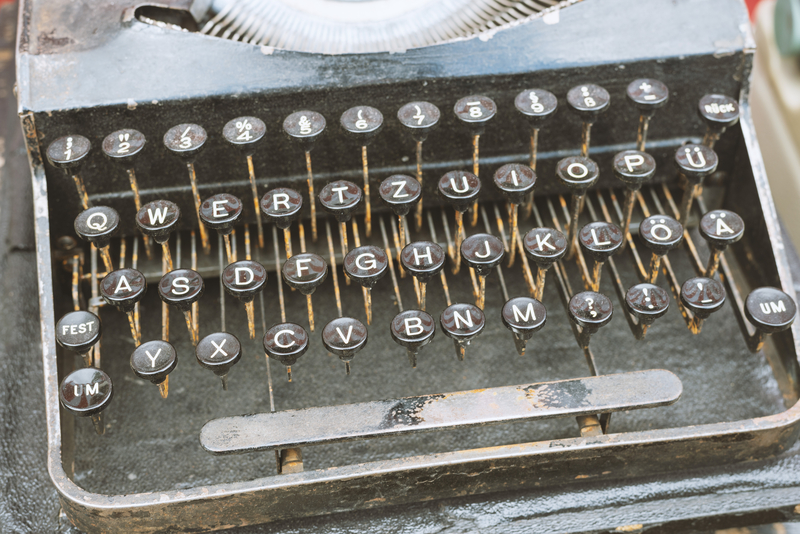 Like English, German uses a Latin-based alphabet, but with four additional letters, totaling 30 rather than 26 letters. Additionally, some letters in the German alphabet are associated with different sounds than in English, which requires a little reprogramming when sounding out a word. Don’t worry – after some exposure to German spelling and pronunciation, these will start to become second nature to you! Start practicing now by signing up for Lingvist’s German course, and pay close attention to the sounds associated with the letters. After you’ve become comfortable with the individual sounds that these letters make, the next step is to learn how they function together by learning about German pronunciation.

New Letters on the Block

Three of the four additional letters in German will look familiar, as they are present in the basic Latin alphabet, with the addition of an umlaut ( ¨ ) on top. The fourth is sometimes referred to as “sharp S” (scharfes S) or “eszett” and can be thought of as a combination of the letters “sz.”

The umlaut on top originated from an “e” which followed these vowels to mark the slightly different pronunciation. When the printing press came into use, printers came up with a space-saving mechanism to denote this difference in pronunciation: placing the “e” on top of the vowel. Over time, this evolved into the small two dots. In modern times, if the extended keyboard isn’t available to type these special marks, you may see the “e” transcribed instead, like this: Ae, Oe, Ue, ae, oe, ue.

The eszett is technically a ligature, or combination of two letters as well. The exact history of how the symbol came to be dominant is debated. The name (Es-zett (meaning “S-Z”)) suggests it’s a combination of “s” and “z.” The written form appears to come from the long “s” over round “s” (ſs), which was in use in Latin. This letter is only found within a word, since it correlates with a double “ss”; therefore, the capital version is rarely used. In Swiss German, the “ß” is omitted in favour of “ss.”

No matter the history, the important thing to know is which sound this important letter, found in extremely common words such as “street” (Straße), correlates with.

The remaining 26 letters may look familiar, but they do have new “names.” Remember that the German “w” makes a sound like “v” in English and the German “v” sounds like “f.”

*See the section on hyphens below.

“What doesn’t kill me makes me stronger.” – Friedrich Nietzsche, 1889

The hyphen ( - ) is called der Viertelgeviertstrich in German. As in English, it can be used in a few different scenarios. However, unlike English, the name associated with the symbol changes depending on where it’s used. If it’s used to join two words, like “e-mail,” it’s called der Bindestrich. If it’s used in texts when you run out of space to finish a word at the end of a line, it’s called der Trennstrich. Thirdly, if it’s used in place of re-writing a redundant part of a word like Groß- und Kleinschreibung (instead of saying Großschreibung und Kleinschreibung), then it’s called Ergänzungsstrich. We don’t have this usage in English, but it’s very efficient… so maybe we should adopt it!

Luckily for you, the German alphabet is very similar to the English one. Keep in mind the few differences in letter “names”, though, if you ever need to spell your name (for dinner reservations, appointments, etc.) or ask the spelling of an address. If you want to level up your German fast, sign up for Lingvist’s German course today!

Like many other apps, we collect personal data to provide a better experience for our learners. Please review our Privacy Policy to learn more about how we process this data.  END_OF_DOCUMENT_TOKEN_TO_BE_REPLACED