Three Things You Should Know About German Prepositions 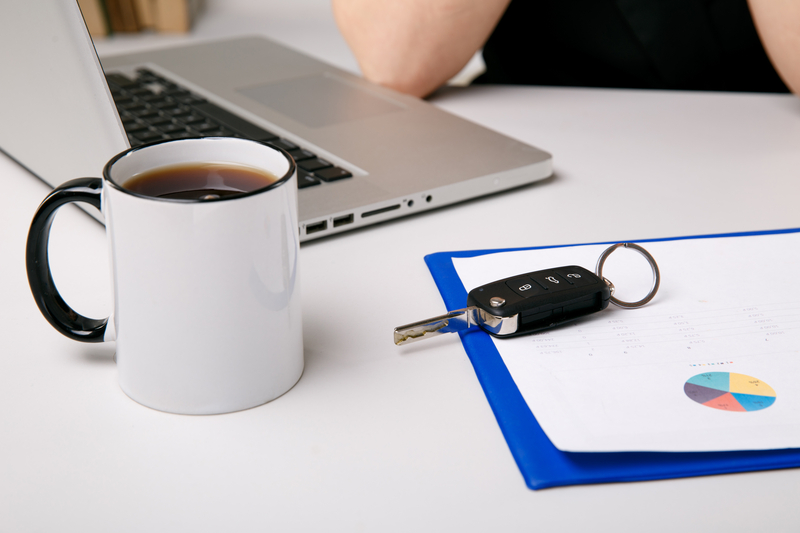 The difference between telling your roommate you left the car keys in (“in”) the desk or an (“on”) it may only be a one-letter difference, but it could cause a lot of frustration.

Don’t underestimate a word based on its size! Prepositions are (sometimes) small words like “in,” “on,” “out,” or “before/after,” which give a spatial or temporal context to the rest of the sentence.

The first thing to realize is that in German there are certain prepositions that don’t correlate to just one preposition in English. Even though you may be tempted to use bei in any situation where you’d use “by” because it sounds similar and is acceptable for things that are “nearby,” it would sound strange to a native German to hear it in a context like “I did it all by myself.” In other cases, prepositions may catch you off guard but not be entirely incomprehensible. For example, in the sentence “Turn the lights off,” an English speaker can imagine using “out” instead of “off,” so it may take a second, but you can understand the German usage of aus (“out”):

The truth is, when starting out with learning German, you may just need to accept the fact that you’ll be burning a few extra brain calories to understand where, when, and how things are happening, since the “direct” translation of the preposition won’t always be one to one.

Getting the Hang of German Prepositions

Rather than feeling overwhelmed with all of the different grammatical concepts you need to learn, try focusing on one aspect, like prepositions, for a week of study. Every time you listen to a podcast or watch a movie in German, pay attention specifically to which prepositions are used with which verbs and nouns. Sign up for an online course like Lingvist’s German course, which will quiz your knowledge and give you constructive feedback. Before you know it, certain prepositions will just start to feel right because your brain has been storing away those statistical patterns for you!

The first step, though, is to learn some guidelines about how prepositions function in German. There are a few key things you need to know to get started:

2. German also has two-way prepositions which can be used with the accusative OR dative case.

3. Articles and prepositions are often combined into contractions.

German uses dative, accusative, and genitive prepositions. Certain prepositions are tied to certain cases (i.e., to the role in a sentence the following noun plays). Prepositions express where the action is being directed. Prepositions should be very closely linked with the verb in your mind, because they’re describing, for example, where the action took place or how something changed position as a result of the verb.

Often, prepositions that use “to” (such as “thanks to,” “according to,” etc.) use the dative case.

Meine Schwester steht mir [dative of pronoun mich] gegenüber. (My sister is standing across from me.)

Often, English prepositions that use the word “of” (“because of,” “in spite of,” etc.) take the genitive case, since they’re attributing a kind of ownership.

Two-way prepositions can be used in either the accusative or the dative case, depending on the context. The noun that follows is what changes (usually the definite article or pronoun), not the actual preposition.

Das Glas steht auf dem [dative] Tisch. (The glass is on the table.)

If you want to get really fancy (or just want to understand a German sentence you saw with aufs in it), you can learn how prepositions can combine with articles to make contractions. A contraction is simply two words combined (like “we’ve” or “I’m”).

Though exposing yourself to lots of German will help you get a feel for which preposition is appropriate in a certain context, memorizing the prepositions and which case they accompany is just as important. Find a way to quiz yourself on prepositions so that when you reach for one, you’re sure of its spelling and which case it goes with.

Signing up for an online course like Lingvist’s German course is a great way to practice at a level that’s tailor-fitted to your needs. If you are having trouble getting a certain preposition right, the app will automatically give you more opportunities to practice until you get it right. Good luck, you’re auf the right track!

Like many other apps, we collect personal data to provide a better experience for our learners. Please review our Privacy Policy to learn more about how we process this data.  END_OF_DOCUMENT_TOKEN_TO_BE_REPLACED