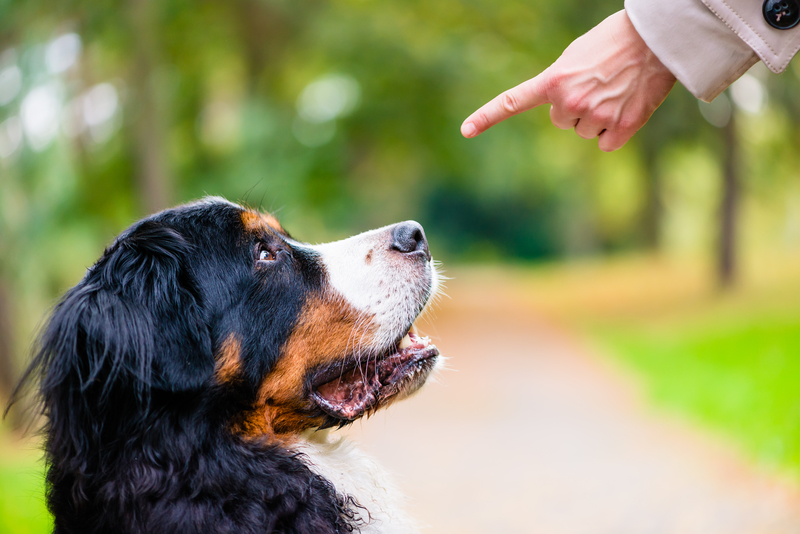 You may be thinking that as a Spanish learner you’re not in a position to be authoritatively telling anyone what to do yet. In fact, you’d probably rather not draw too much attention to yourself when speaking Spanish, worse yet make any enemies by accidentally sounding too harsh or using the informal register appropriately.

However, forming and understanding commands in Spanish can actually be imperative (wink wink) to interacting with a Spanish-speaking society. Once you know what to listen for, you’ll find yourself coming across the Spanish imperative form, which is used to make commands, all the time.

Have you ever heard any of these?

Dime. Literally “Tell me” – used commonly in shops/cafes to say “How can I help you?”

Pese sus artículos antes de llevarlos al cajero, por favor. “Please weigh your items before bringing them to the cash register” – in many Spanish grocery stores, you’re required to weigh your produce to get a sticker with the calculated cost before getting in line. If you haven’t done so, they’ll send you back to get the sticker.

Espere a que limpie la mesa antes de sentarse. Wait for me to clean the table before you sit.

In case of emergency, you should remember that “¡Ayúdame!” means “Help me!” You may even find yourself needing to know how to tell someone to “Watch out!” or “¡Cuidado!” 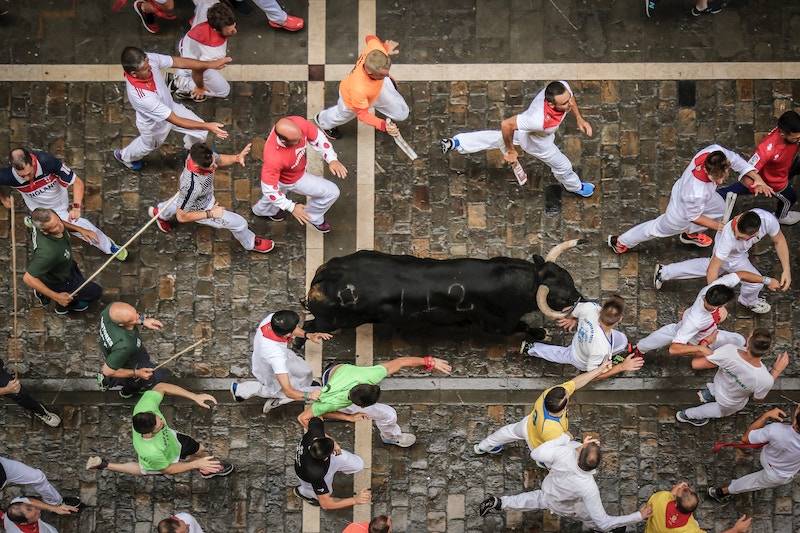 The truth is that the Spanish imperative form isn’t that simple to put into practice. It doesn’t follow as neat of a conjugation schema as other verbs, with drastic differences between formal and informal person categories. The syntax changes for affirmative and negative commands, and in some cases you’ll need to include a subject pronoun after the verb. This guide may be long, but the details are necessary to begin understanding and using these crucial phrases. You may want to start with the first half of the guide (informal commands), let that sink in, then return and read the second half (formal commands) tomorrow.

As you know, giving commands is tricky business in a second language. Those learning Spanish may just skip commands to begin with to avoid sounding too demanding or harsh before becoming familiar enough with the language. If this strategy makes you feel more comfortable, you can try using the Spanish conditional tense to form polite requests or give advice until you know for sure which situations are appropriate for employing the imperative form.

You can also stick with formal commands (using usted and ustedes) while starting out, which are detailed in the second half of this guide. If a native speaker gives you the command “Tutéame” or “Puedes tutearme,” then they’re giving you the go-ahead to use the tú form with them.

Most commands are directed at a peer or someone you know well, so most of the time you’ll find yourself using the informal tú, vosotros, or nosotros. As you may have noticed, yo, él/ella, and ellos/ellas are missing from that list, because it’s difficult to think of situations in which you would be giving commands to people that aren’t present or to yourself.

To form the imperative, conjugate the infinitive form of the verb by removing the -ar, -ir, or -er and adding the appropriate ending.

Of course, there are always irregular verbs! These verbs don’t follow the dominant rules for conjugation. Stem-changing verbs are irregular in the way that the beginning of the verb changes, and it generally only changes to one other “stem,” to which you can add the appropriate endings.

Verbs that change their stems in other tenses also use the same new stem for imperative. As you can see, the -a or -e endings are added onto the same stem used in present tense:

Fully irregular verbs can transform completely. Naturally, there are some verbs that are unique in their affirmative tú imperativo form.

The conjugated form of a verb in tú imperativo is very often identical to the él/ella present tense indicativo. Usually the context of a situation makes it clear enough whether you’re making a statement or a command. You may also hear Spanish speakers add the subject pronoun tú to add emphasis. You’ll notice that if the subject pronoun is present, it is placed after the imperative verb.

The irregular imperative form of ser is also identical to the first person present indicative form of saber. In the case that you see the subject pronoun included before the verb, it requires a comma, since its grammatical function is slightly different vocative case to identify an addressee.

[Yo] Sé cómo formar el imperativo. I know how to form the imperative.

We borrowed the él/ella present tense indicativo forms for affirmative tú imperativo, and this time we will borrow the yo present tense subjunctive form to create “negative” commands or tell someone not to do something.

If you’re not very comfortable with the formality of Spanish yet, it may be safer to use the ustedes form when addressing a group of people, especially when giving a command. If, however, you’re sure that the group only contains peers, kids, or people you know well, you can use the vosotros form. The stem change verbs mentioned above do not change for the vosotros or nosotros form.

To form the vosotros imperativo, simply drop the -r at the end of the infinitive and add a -d instead.

The negative vosotros construction begins with the yo form, drops the -o, and adds the regular vosotros/vosotras ending for the opposite type of verb.

Use the nosotros form to make a suggestion to a group that you’re a part of. The translation of this form in English usually begins with “Let’s…” To make the suggestion weaker or less commanding, use the Spanish conditional tense instead to say something akin to “We could…”

To form the nosotros imperative, we use the infinitivo form as our base, drop the ending, and add the “opposite” ending. Luckily, with nosotros, the affirmative and negative are the same. Negative nosotros commands use the present subjunctive form.

Despite sounding fancy to native speakers now, in the 13th century the English word “thou” was actually used as the informal second person (like tú), or to address those you knew well or were close with. At that time, “you” was used for more formal situations, like usted/ustedes is used in Spanish. Over time, “thou” became too crude, taking on a tinge of disrespect, and therefore fell out of usage.

Spanish in North America may be going through a similar phenomenon now, where speakers are favoring the use of the more formal ustedes to address a group formally or informally, rather than using the second person plural (addressing a group informally), vosotros. Depending on where you plan to use your Spanish, Lingvist offers Neutral (including vosotros) Spanish, or Latin American Spanish options.

As the distinction between formal and informal second person (usted/ustedes versus tú) no longer exists in English, it can be tricky to know how to address people in Spanish. In general, you should always use the formal form with strangers, the elderly, waiters, service employees, doctors, priests, teachers, and anyone senior to you at work. For more on this topic, see our Spanish pronouns guide.

In the meantime, pay attention to the usage of imperative that you find in English and in authentic Spanish you encounter (try listening for commands in these podcasts, for example) and start to think of which cases require the more formal Spanish person, usted/ustedes. Think of which you would use to translate the following sentences:

Please, have a seat.

Sign your name below to give consent to use of your data.

Deliver the documents to the office in a sealed envelope.

Check out the translations below to see whether you guessed the appropriate person:

Firme a continuación para consentir el uso de sus datos. Sign your name below to give consent to use of your data.

In the above examples, usted/ustedes is more likely to be used in impersonal situations, where the audience is unknown (such as instructions on official forms). In some cases, we even modify our commands in English to sound less demanding and more formal, such as “have a seat.”

To conjugate a regular verb in the usted/ustedes imperative (affirmative or negative) form, the conjugated form is the same as the present subjunctive tense.

Verbs which are irregular in that they don’t end in -o in their yo form, are also irregular in imperative. If you’re familiar with the subjunctive mood, then you’ll notice that all imperative mood ustedes/ustedes forms are identical to their present subjunctive counterparts.

Les pido a ustedes que traigan [present subjunctive] bolígrafos y papel a clase, no a ellos. (I’m asking you all [emphasis] to bring pens and paper to class, not them.)

Note the difference in emphasis in these two commands when the subject pronoun is added (after the verb, since it’s a command):

When replacing a direct or indirect object with a pronoun, attach the pronoun to the verb in the imperative if the command is affirmative. This is also the case for pronouns expressing reflexivity.

With an affirmative command, the pronoun is attached to the end of the imperative verb.

¡Cálmate! *Calm yourself! (Calm down!)

If the imperative form of the verb has more than one syllable, a written accent is added when attaching a pronoun to ease pronunciation.

When creating a negative command, the pronoun is placed between the negation (no) and the verb.

¡No te calmes! *Don’t yourself calm! (Don’t calm yourself down!)

Ready to put all of this information to use? Sign up for Lingvist’s Spanish course to start practicing how to form and understand commands today!

Like many other apps, we collect personal data to provide a better experience for our learners. Please review our Privacy Policy to learn more about how we process this data.  END_OF_DOCUMENT_TOKEN_TO_BE_REPLACED