The Ultimate Guide to Verbs in Spanish: Conjugations, Tenses, and More! 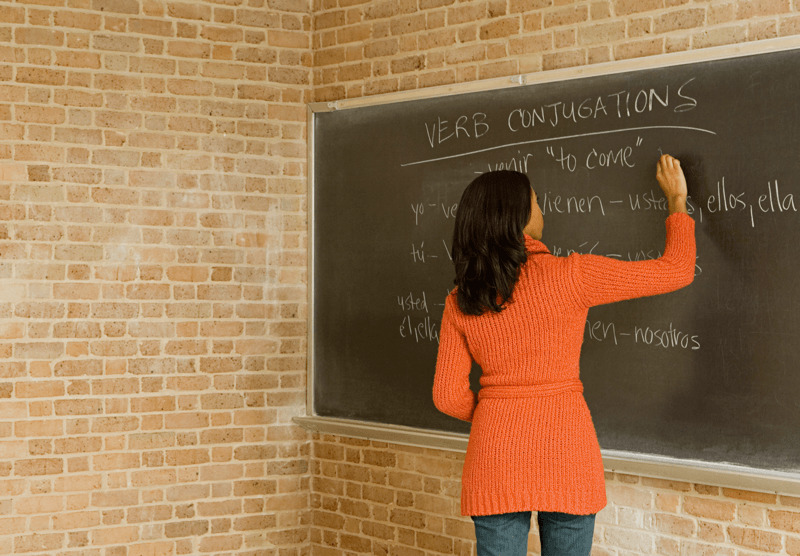 All Spanish verbs end in either -ar, -ir, or -er. Each of these verb categories has specific rules governing how it changes to express layers of crucial information about the situation. There are many similarities between English verbs and Spanish verbs, but, if you’re like most native speakers, you don’t usually consider what tense a verb is in, whether it has an irregular conjugation, is reflexive, is in its infinitive form, etc. You just use the form of the verb which communicates the specific information you wish to express.

The goal is to get you to the same level of fluency with your second (or third, etc.) language, where you avoid existential moments (Am I speaking? Who am I speaking to? Is it reciprocal? Did this action have a specific ending point in the past? Would it be considered habitual?) and simply speak Spanish without a second thought.

To arrive at that point, you have to become aware of all the nitty-gritty grammatical features of your own language, so that you can begin to translate the meaning you wish to express into the available grammatical structures of your foreign language. In this guide, we will bring your attention to a few basic verb-related concepts which exist in both English and Spanish, as well as point out a few differences.

The importance of verbs cannot be understated in the endeavor of fluency. One little word can express so much about a situation, completely changing the meaning. For example, the difference between “I would like to eat some cake” and “I ate some cake” is striking. All that changed was one little constituent – the verb (from conditional tense to past tense, if you’re curious). So, while memorizing vocabulary is an extremely important exercise when learning a language, if you’re not aware of how to use the verbs you learn appropriately, you’ll be extremely limited in what you’re able to say.

The form of a verb changes to show who performed the action (the “person”) and when it occurred (the “tense”). Verbs can also change according to categorizations called “moods,” which are similar to tenses. Rather than helping you express when something happened, mood allows a speaker to express their attitude toward a subject. Some examples of mood in Spanish are indicative (used to express facts/declarative sentences), imperative (used to give commands), conditional (used to express possibility), and subjunctive (used to talk about opinions and desires). 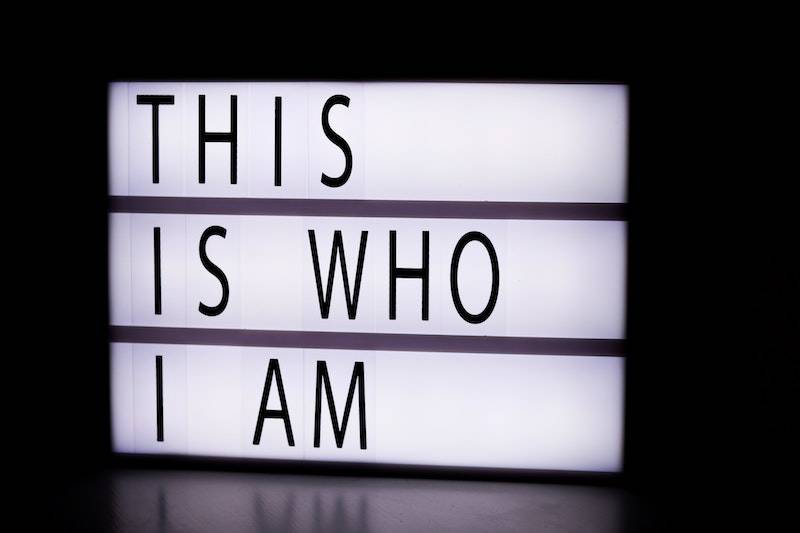 Spanish uses one extra person category (vosotros) that corresponds to addressing “you all / you guys” in English. Spanish allows you to express respect or formality by using usted/ustedes instead of tú when speaking to someone older than you or in a higher social position. Note that the same conjugation is used for usted or ustedes as you would for él/ella or ellos/ellas respectively, so it often appears grouped together in conjugation charts.

In English, it’s always required to include a subject before a verb. The pronoun that stands in for the subject of the sentence (the person responsible for the action) is called the subject pronoun. In Spanish, because verbs change so dramatically to indicate the person, it’s not required to include a subject pronoun, and in fact it can sound odd. They’re mainly only included for emphasis, or perhaps to add extra clarification.

Note that the accents on tú and él are crucial, as they distinguish them from the possessive adjective tu (“your”) and the definite article el (“the”). 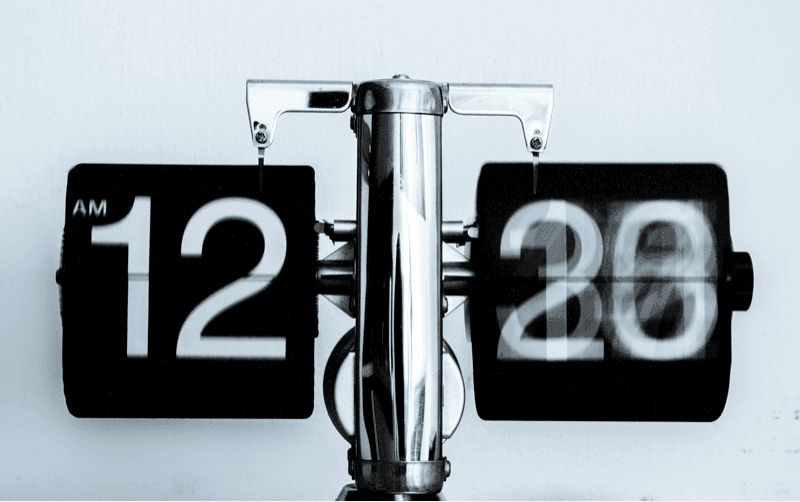 Though native speakers may not notice it, English verbs also change depending on when the action occurs. Most verbs only change in the third person singular (see below) in English, but all verbs change to distinguish when something occurs.

In most cases (apart from irregular verbs), the English past tense is formed by adding -ed to the word. Whereas English verbs don’t change much in either spoken or written form, Spanish verbs change drastically in both spoken and written form. In some cases, an accent over the letter may be the only difference in spelling, but the pronunciation lets your audience know which tense you’re referring to.

There are several distinctions in Spanish that don’t exist in English to describe when something occurred. Among the many past tense forms, there is an important distinction with regard to “complete” actions, for which Spanish uses the preterite (or simple past tense). For actions which were more habitual or didn’t have a specific duration but still occurred in the past, Spanish uses the imperfect.

Additionally, when talking about the future, Spanish uses ir (“to go”) + a + infinitive (just like “I am going to eat”) for actions occurring in the near future, and the Spanish future tense for less certain future actions.

Being exposed to verbs in context (rather than just in a Spanish conjugation chart) is also crucial to becoming comfortable using them – not to mention it’s more fun! Use Lingvist’s Spanish Course to see verbs in context, as well as look over grammar tips to clarify concepts explicitly as needed.

The infinitive form of a verb is its most basic form. You can spot them easily in Spanish because they retain their original ending of -er, -ir, or -ar. The equivalent meaning in English is the same as “to [verb],” so correr translates to “to run.”

The infinitive form needs to be adjusted to express the who and when. This is where conjugation comes in. For regular verbs, the infinitive lends its stem to its conjugated forms in a predictable way. The stem, or radical (from “root” in Spanish: raíz), is the part that occurs before the -er, -ir, or -ar. The exception to conjugation is when stacking two verbs together in indicative tenses, in which you can leave the second verb (infinitive) alone in both English and Spanish (“She [hates] [to run]”/ “Ella [odia] [correr]”).

The other type of verb that doesn’t change form are the present and past participles. Participles are used in several different ways in Spanish, including as an adjective, a noun, and in conjunction with other verbs. The present participle (sometimes called gerund or gerundio) usually ends with either -ando or -iendo in Spanish and -ing in English. It’s used with an auxiliary verb to form the present progressive. You will mainly encounter the past participle, which is used in conjunction with the auxiliary (“helping”) verb haber when forming past tense forms.

As participles are combined with another inflected (i.e., conjugated to reflect person/tense) verb, they don’t need to change their form.

A few common irregular past participles: 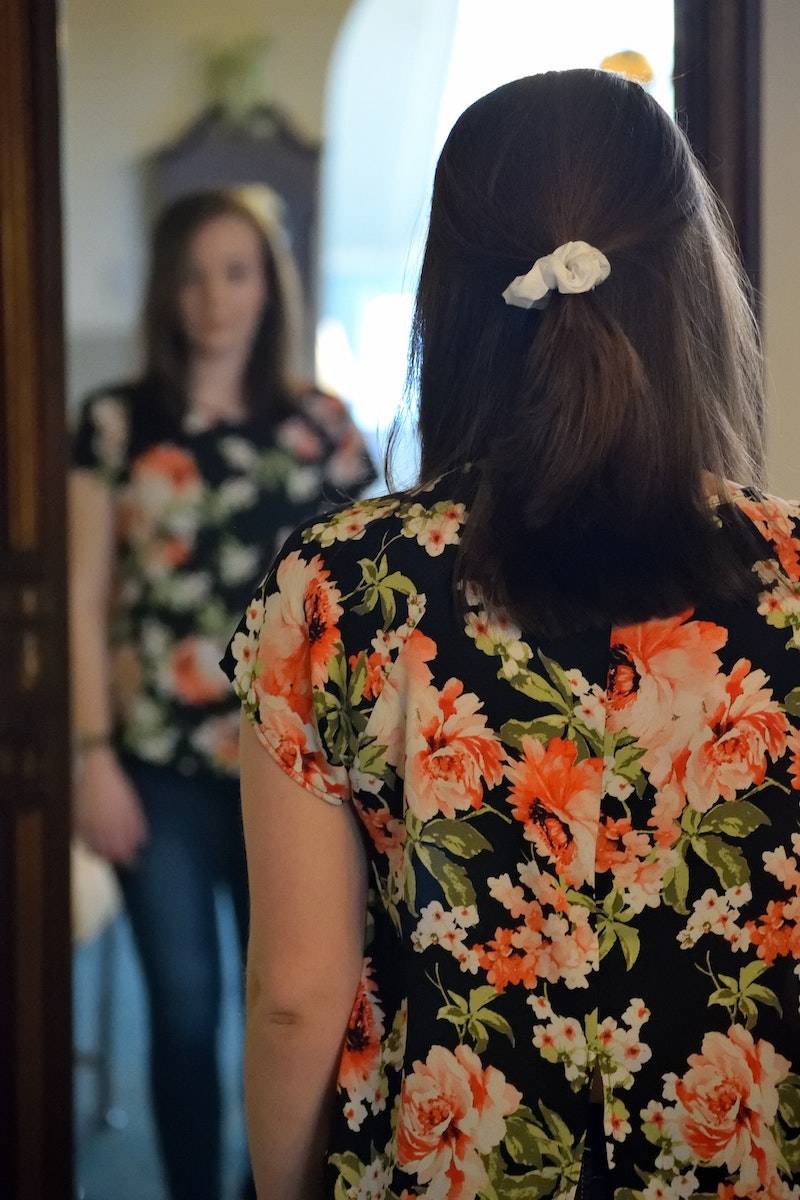 Reflexive verbs “reflect” the action back upon oneself, meaning that the person performing the action is also the one receiving it. This reflective meaning is inherent in some verbs, while others require specification that the action is being done back to the subject. In Spanish, reflexive verbs (or verbos reflexivos) are commonly used to talk about motion, your own body, your clothing, your state of mind, and your routines. Spanish is much more strict about which verbs need to specify the reflexive pronoun; you’ll notice these infinitives have the neutral reflexive pronoun -se attached to the end. For example, these verbs are always reflexive:

For other verbs, adding a reflexive pronoun changes the meaning.

Reflexive verbs are also used for reciprocal actions. Notice in the example below that hablar is not a necessarily reflexive verb but can be made reciprocal (Technically, the infinitive created is hablarse) to fit the situation.

Nos hablamos a menudo. We talk to each other often.

Auxiliary verbs (or “helping verbs”) are used to support a certain form of a verb but don’t contribute any semantic meaning to the compound form. In English, common auxiliary verbs are “have” and “be,” as in the sentence “I have written two letters” or “I am sleeping.” In these sentences, “have” and “be” don’t really express their dictionary meaning, but instead help define the tense of the main verbs, “to write” and “to sleep.” In Spanish, the following verbs can serve as auxiliary verbs:

The verb haber (to have) and, less commonly, estar (to be) function very similarly in Spanish. You’ll see the verb estar (to be) helping out in the present and past progressive constructions, called “perífrasis verbales” (estar + gerundio, in this case), just as in English:

Estamos haciendo nuestra tarea. (We are doing our homework.)

Estábamos haciendo nuestra tarea. (We were doing our homework.)

Haber is sometimes similar to the auxiliary have in English, as in: I have been studying Spanish for two years.

Yo he estudiado español durante dos años. It can also be used in temporal phrases, like the English word “ago.”

Two years ago I went to Spain. Yo fui a España hace dos años.

You’ll also see it used similarly to “there + to be” in English, which is called its impersonal usage.

There are many books. Hay muchos libros.

This usage is called impersonal because the verb doesn’t have a subject to conjugate for, just as there is no specific person or thing that has the property of “having/being” the “many books” in the example of above. The books simply exist. You can therefore see how this ties into haber’s secondary meaning, “to exist.” You do not need to inflect hay according to the number of objects as you do in English, however.

Hay muchos libros. (There are many books.)

Hopefully, the comparison of these concepts in English and Spanish will help you get started with changing verbs to fit your intended meaning. Spanish grammar can certainly seem overwhelming, but knowing the English equivalents can help you navigate the stormy sea of verbs. For exercises to practice conjugations, sign up for Lingvist’s Spanish Course, and for more in-depth explanations, here’s a list of all of our Spanish verb guides:

Like many other apps, we collect personal data to provide a better experience for our learners. Please review our Privacy Policy to learn more about how we process this data.  END_OF_DOCUMENT_TOKEN_TO_BE_REPLACED