What do you want to s&*t on? Spanish swears, curses, and palabras sucias 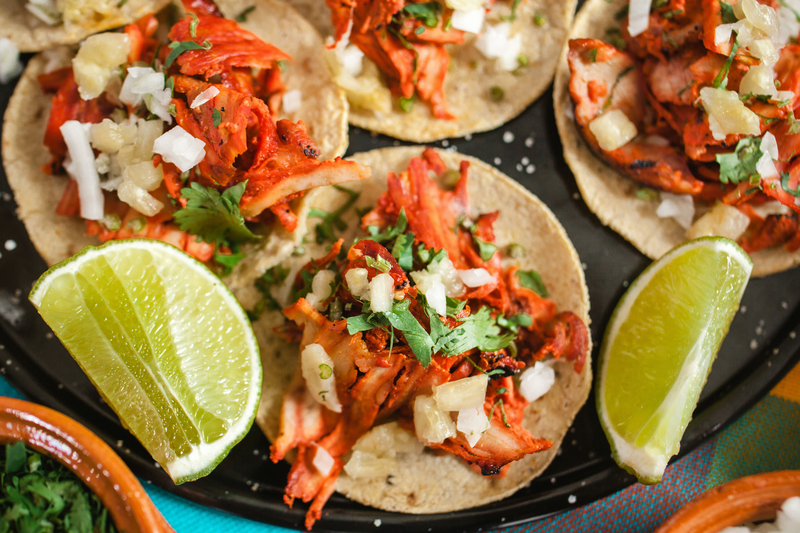 If you’ve ever hung out with Spanish-speaking friends, you’ve probably had the experience of feeling left out when they refer to something with a creative string of profanity that results in uproarious laughter. Rather than pretending to laugh along, why not study up on the most common palabras sucias (dirty words) so that you’re prepared to join in a favorite pastime of Spanish speakers and “let the tacos fly.”

WARNING: There’s a reason that these are considered unacceptable in polite company. The translations of these swear words can be extremely vulgar (much like the literal meaning of many English swear words that we may have stopped associating with the phrase). Readers who are sensitive to vulgarity may be offended and not want to continue reading.

Even though we’ve rated some of these as being “less” offensive than others, remember that Spanish is spoken all around the world, and the level of vulgarity may differ in different contexts. The list developed here was done with input mainly from Castilian Spanish, so it might be that some of these are more (or less) offensive depending on the Latin American country.

It’s undeniable: Spanish speakers have invented one of the best euphemisms for cursing. In Spain and some areas of Latin America, the expression soltar tacos literally translates to “let loose / release / let fly tacos” but refers to letting slip a few swear words. Most people in the English-speaking world know tacos as the ingenious folded-tortilla meat and salsa delivery mechanism (PSA: If you have only ever tried a hard shell supermarket Old Paso brand taco that cracks into a mosaic of five isosceles triangles the instant you lay a finger on it, open a new tab and buy a flight to Mexico, Southern California, or somewhere where they serve traditional tacos inmediatamente!).

In addition to the heavenly food, the word taco has a few different meanings, including peg, dowel, cue (as in billiards), heel (as in high-heeled shoes), and, colloquially, a bad word. While we can’t be sure whether the fact that Spanish speakers now have a portable symbol for profanity is part of why the USA rejoiced when the taco emoji was released (thanks to a Taco Bell petition with 32,666 signatures), we can be sure of one thing: Spanish speakers love their swear words.

*ANOTHER WARNING BEFORE WE START: Our aim is to provide factually correct information about the usage of Spanish curse words as a naturalistic human behavior to aid Spanish learners in understanding authentic Spanish, which in some cases may be graphic or offensive in their reference to religion, sexuality, or violence.*

While taking a look at these swear words and translations, keep in mind that many swear words lose the “original” translation in their everyday usage, much as they do in English. When using the most common bad words in English, we don’t usually think of the literal translation. The level of negativity (how much we are insulting the subject) is more likely at the front of our minds. The same goes for Spanish!

NOTE: Though in some countries curses are commonly used in front of children or older family members, the vulgarity level listed here is representative of conversation between adults in informal situations. Be careful using these around children, co-workers, or elders!

Even though the literal translations of these are pretty graphic, they are both used so often that they’ve lost their sting. Just like many swear words in English, they’ve lost their association with the actual body part and taken on a new, purely “metaphorical” meaning. While cojones is used in phrases (like English) to talk about being bold or having the courage to do something (¡Guau! ¡Tienes cojones! (“Wow! You have balls!” (to do that / go there, etc.)), coño is more regularly used as an interjection or exclamation, such as when you stub your toe or drop some food on the floor. ¡Los cojones! can also be used to “call bullshit” on something someone says. 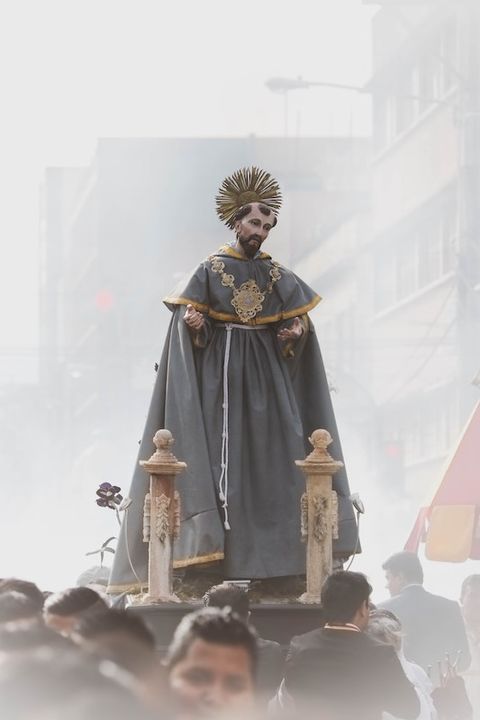 La hostia is related to the holy communion in the Catholic Church. Catholicism is very popular in many Spanish-speaking countries today, and because of its religious origins, la hostia, or just hostia, can certainly be offensive to religious people (so use it wisely). A few common creative usages are: hostia puta (f_cking sh_t) as an exclamation and the more extreme ¡Te voy a dar una hostia! (“I’m gonna slap you in the f*cking face!”).

Though it sounds a bit harsh, this phrase is actually very commonly used in Spain. When used with the preposition de preceding, it has a positive connotation and is used to describe just how great something is. For example, if you are eating the best taco of your life, you may say something like “Este taco está de puta madre,” which translates to “This is a motherf*cking amazing taco.” However, if you used with the possessive adjective tu or su preceding (tu/su puta madre), it means you don’t exactly approve of something.

When one word just isn’t enough to release the pressure valve of frustration, employing a full sentence can really express the full extent of your feelings!

NOTE: Though in some countries curses are commonly used in front of children or older family members, the vulgarity level listed here is representative of conversation between adults in informal situations. Be careful using these around children, co-workers, or elders!

Though the translation is the same in English, this phrase is usually used in a teasing or sarcastic manner, rather than as an actual insult. For example, if someone buys an amazing new motorcycle or pulls off an amazing stunt (think water bottle or another internet challenge), you may exclaim: “¡Hijo de puta! ¡Lo hiciste!” (Son of a b*tch! You did it!).

It’s been said that this phrase refers back to a time when depositing one’s excrement on someone else was a way to demonstrate disrespect in Spain. Though the practice may not be common anymore, the threat is still a valid way to express dissatisfaction in Spain. The phrase “Me cago en…” translates to “I sh_t on…” and can be combined with many diverse “recipients.” Though there are many creative endings to this phrase, very often the phrase as a whole just expresses an equivalent meaning to “f_ck.”

All of the following variations are more or less exclamations meaning “sh_t!” or “f_ck!”:

Me cago en tu puta madre (…on your wh*re mother)

Me cago en tus muertos (..on your dead relatives)

Me cago en la leche literally translates to “I sh_t in the milk,” but means something like “Holy sh_t!” or “I’ve had bad luck!” 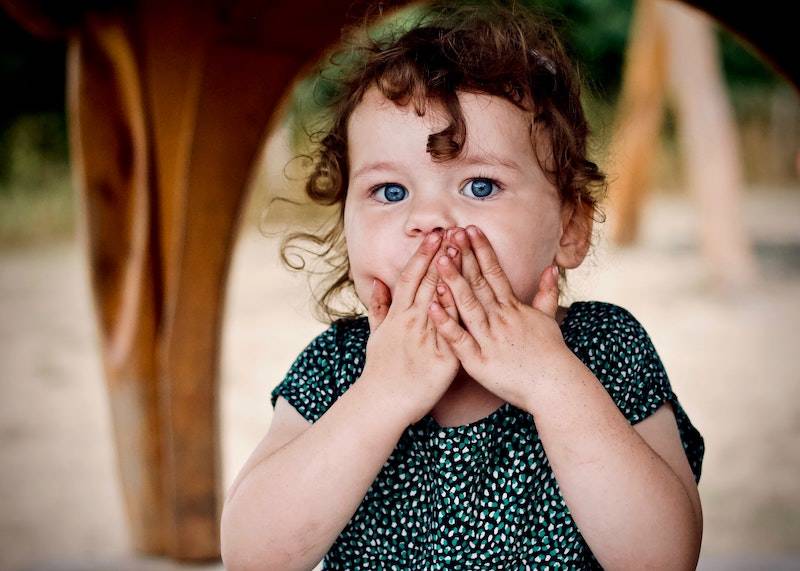 A Word of Caution

Sometimes when first starting out with a language, second language speakers can sometimes overuse or use stronger curse words too flippantly. Some researchers think that this may be tied to the fact that as children non-native speakers never experienced that strong, emotional taboo reaction from adults around curse words, and therefore do not “feel” the curse words as strongly as native speakers do.

For this reason, it’s important to listen carefully to native speakers’ usage before trying these words out for yourself. As you may know, Spanish uses a special “person” category (usted/ustedes) to show respect or formality, and in some places (especially in European Spanish), the appropriate usage of formality is taken very seriously. Keep in mind the “hierarchy” of “badness” and realize that some words are only appropriate with good friends far away from children (and most elders). Also, Spanish is spoken all over the globe, so usage and degree of vulgarity may differ in different areas. Slang tends to differ more than anything else in different dialects. Depending on where you plan to use your Spanish, you may want to try a Spanish course specific to that region, so check out Lingvist’s American Spanish and European Spanish courses to make sure you get the appropriate information!

Like many other apps, we collect personal data to provide a better experience for our learners. Please review our Privacy Policy to learn more about how we process this data.  END_OF_DOCUMENT_TOKEN_TO_BE_REPLACED