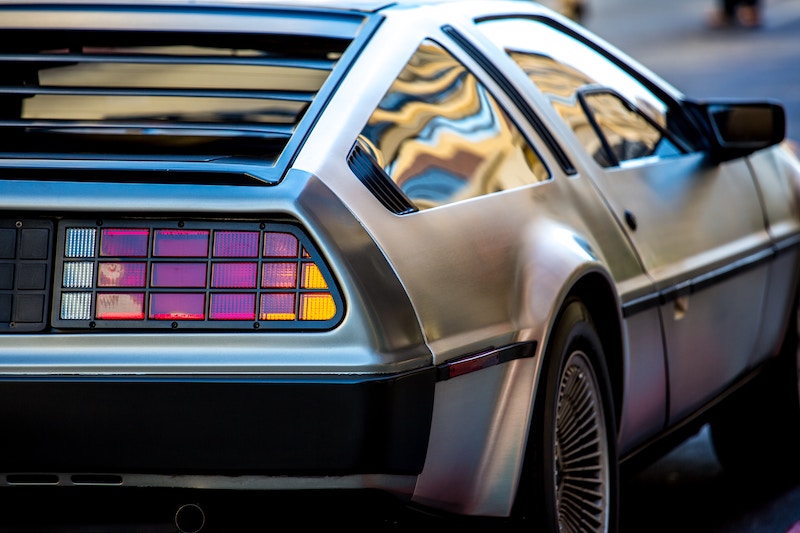 Ready to be transported back to the future tense? If you’ve studied Spanish before, you probably remember the future tense. But did you know that there are actually two basic ways to talk about future events or actions in Spanish? One involves combining ir a with the verb describing the future action, while the other is formed by conjugating the verb which describes the future action. To keep things clear in this guide, we’re only focusing on the simple forms (not the future subjunctive or the future perfect).

Spanish uses the combination of ir (“to go”) in present tense + a (“to”) + an infinitive to talk about things that you’re going to do. This case is very easy, because as far as conjugations go, it only requires the memorization of ir in the present tense. This combination is called the periphrastic future, and it should be familiar to English speakers.

Use this tense when you’re talking about things in the near future that you have already planned or things that are relatively sure.

Voy a ir al cine. I am going to go to the cinema.

Note that in English, the go-to Present tense is the Present Progressive (“am going”), so the translation looks a little different.

The futuro simple de indicativo, or synthetic future tense, is used for events more distant in the future or less specifically planned, without mentioning a specific time. More specifically, it’s used for:

1. An intention to do something in the future:

2. An assumption about the future:

No lo harás hoy. You won’t do it today.

3. An assumption about the present:

Forming the futuro simple for regular verbs is one of the easy cases in the world of verb conjugations. Simply add the endings in the chart below to the infinitive of the verb.

El año que viene, iré a Puerto Rico. Next year (“this coming year”), I will go to Puerto Rico.

The future tense endings are the same for -ar, -er, and -ir verbs!

Spanish uses accent marks to indicate where the stress should be placed. This is especially important for differentiating different tenses of verbs which are spelled the same, apart from the accent. All of the future tense endings except nosotros/-emos have an accent, which means the emphasis should be pronounced at the end of the word. Be careful not to rush through or leave any syllables out either – take your time!

Of course, all of this simple conjugation talk only applies to regular verbs, and irregular verbs love to add their own flair into the mix! Irregular future tense Spanish verbs use a different stem (rather than their full infinitive form). For example, rather than conjugating haber as haberé (“I will have”), the correct form uses the irregular stem to form: habré

Here are a few of the most common verbs with irregular future stems:

Note: The additional “r” added to querer means you’ll need to roll your “rr” – check out this Spanish pronunciation page for help!

Other Uses for the Futuro Tense

Using the future tense to talk about the present

You may encounter a sentence like the following which seems to be discussing the present, but that uses the future tense:

¿De qué hablarán? What could they be talking about?

– ¿Qué querrá ahora? What could she want now?

El mercado no está abierto. Será porque es festivo. The market isn’t open. It might be because it’s a holiday.

This usage is very closely related to the Spanish conditional tense. Depending on the situation, you may need to use the future tense to describe a situation in which one event is predicated by another.

The tense coordination rules here are the same as in English.

Si gano [present] la lotería, compraré [future] un barco. If I win the lottery, I will buy a boat.

Ella dijo que comería el flan. She said [past] that she would eat [conditional] the flan.

Ella dice que comerá el flan. She says [present] that she will eat [future] the flan.

Just as in English, use the future tense to promise or swear that you will or won’t do something.

Prometo que iré a tu fiesta. I promise that I will go to your party.

Te juro que no le contaré a nadie tu secreto. I swear that I will not tell anyone your secret.

Another usage of the future tense that isn’t strictly about the future is to give generalized commands. This roughly translates to the usage of “shall” in English, like the meaning of the Ten Commandments:

Callarás en el teatro. You shall/will be quiet in the theater.

¿Podrás convertirte en un experto en el futuro simple? Test your Spanish grammar skills by signing up for Lingvist’s online Spanish course today, and try out exercises as well as learn Spanish vocabulary. You can also choose Latin American Spanish, depending on where you plan to use your Spanish.

Like many other apps, we collect personal data to provide a better experience for our learners. Please review our Privacy Policy to learn more about how we process this data.  END_OF_DOCUMENT_TOKEN_TO_BE_REPLACED