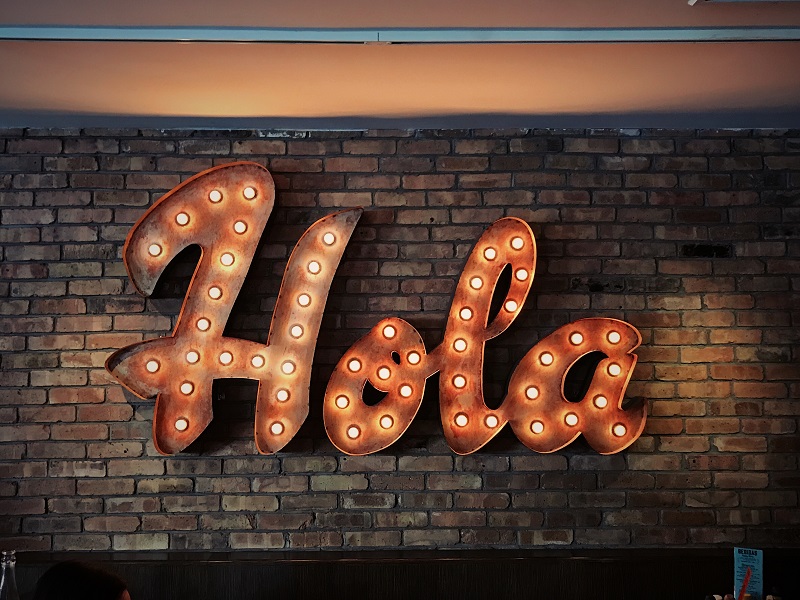 If you’ve ever tried to use your foreign language skills with native speakers, you know that how you handle the initial greeting is a crucial moment. It often determines whether they continue in the foreign language or switch to English. The typical gap between utterances in human conversation is a mere 200 milliseconds, after which speakers generally sense that something has gone awry and start to look for a solution (repeating themselves, rephrasing, or switching to another language).

Spanish greetings vary widely, depending on the time of day, context, and your relationship with the person. As well as being a farewell, ‘good night’ in Spanish (buenas noches) is a way to say hello in many countries after the sun goes down.

So, how can you recognize the greeting and reply with the appropriate response, all within 200 milliseconds?

Below are the most common ways in which an interaction with a Spanish speaker is likely to begin. These will come in handy for travelers in Spanish-speaking countries or to encourage Spanish speakers to use basic Spanish expressions with you. Have your watch (“reloj”) handy, as these expressions are time-sensitive (as in the time of day).

Buenos/Buenas: In “Good —” expressions, you’ll notice that the plural form is used. Keep this in mind when choosing between buenos and buenas for feminine and masculine words that follow.

If this is your first time meeting someone, you’ll need to know how to respond to these expressions!

Igualmente: When someone says “Nice to meet you” using one of the expressions found below, you can reply with “Igualmente” (literally “equally”).

Me llamo…: When someone asks your name, reply with “Me llamo [first name].”

After you’ve given some form of salutation, it’s polite to ask how someone is doing. Bypassing this can be perceived as rude. In certain Latin American countries, it’s considered impolite not to individually greet and say goodbye to each person in a group.

When asked how you are, the most common response is: “Estoy muy bien, gracias” (I am very well, thank you). Just as in English, it is uncommon to reply with “Mal” (bad), even if you aren’t 100%. You can use something like “No muy bien” or “Regular” to reply that things could be better.

Cheek-kissing: If you’re in a situation where you are using one of these secondary greetings, chances are you are meeting someone with whom you will have more continued contact (rather than a quick “Buenas tardes” to a shopkeeper), and it may be customary to give an “air kiss” on the cheek. If you’re male, it’s expected that you shake hands with other males and “kiss” females on each cheek in greeting. Females generally give “kisses” (“besos”) to everyone. Of course, this varies depending on the country and context, so it’s always best to wait for someone else to initiate and follow their lead.

Heading out? Use these expressions to signal your departure or wish someone farewell. Note that “baby” is not, in fact, mandatory at the end of “Hasta la vista,” but we trust you’ll use your judgement…

Adiós: Although you’ve probably heard “adiós” as the primary way of saying goodbye, it’s actually similar to the finality of “goodbye” in English and is most appropriate when you don’t plan to see the person for a while (or ever again – think breakup).

Don’t be caught off guard when you hear one of the following on the other end of the line:

Use the colon ( : ) rather than a comma ( , ) after an introductory greeting when writing a letter in Spanish.

Congratulations! You’ve got the beginning and end of the conversation covered. Do you want to learn more? Check out Lingvist’s deck Daily Conversations in Spanish.

Like many other apps, we collect personal data to provide a better experience for our learners. Please review our Privacy Policy to learn more about how we process this data.  END_OF_DOCUMENT_TOKEN_TO_BE_REPLACED