Quickly search our FAQ to find the answer to our most commonly asked questions so you can get back to language learning.

How do you count mistakes? I only got one letter wrong!

Based on the positioning of letters, we decode if it is likely to be a typo or a mistake, and, if it was a mistake, whether it was a bad mistake or the kind you can live with. After that analysis, the word is deemed correct or wrong. So, don’t worry if you only got one letter off in a really long word, such as “subscription”. Even though the app will ask you to retype the word as if it were a mistake, it isn’t treated the same way as if you got the whole word wrong. 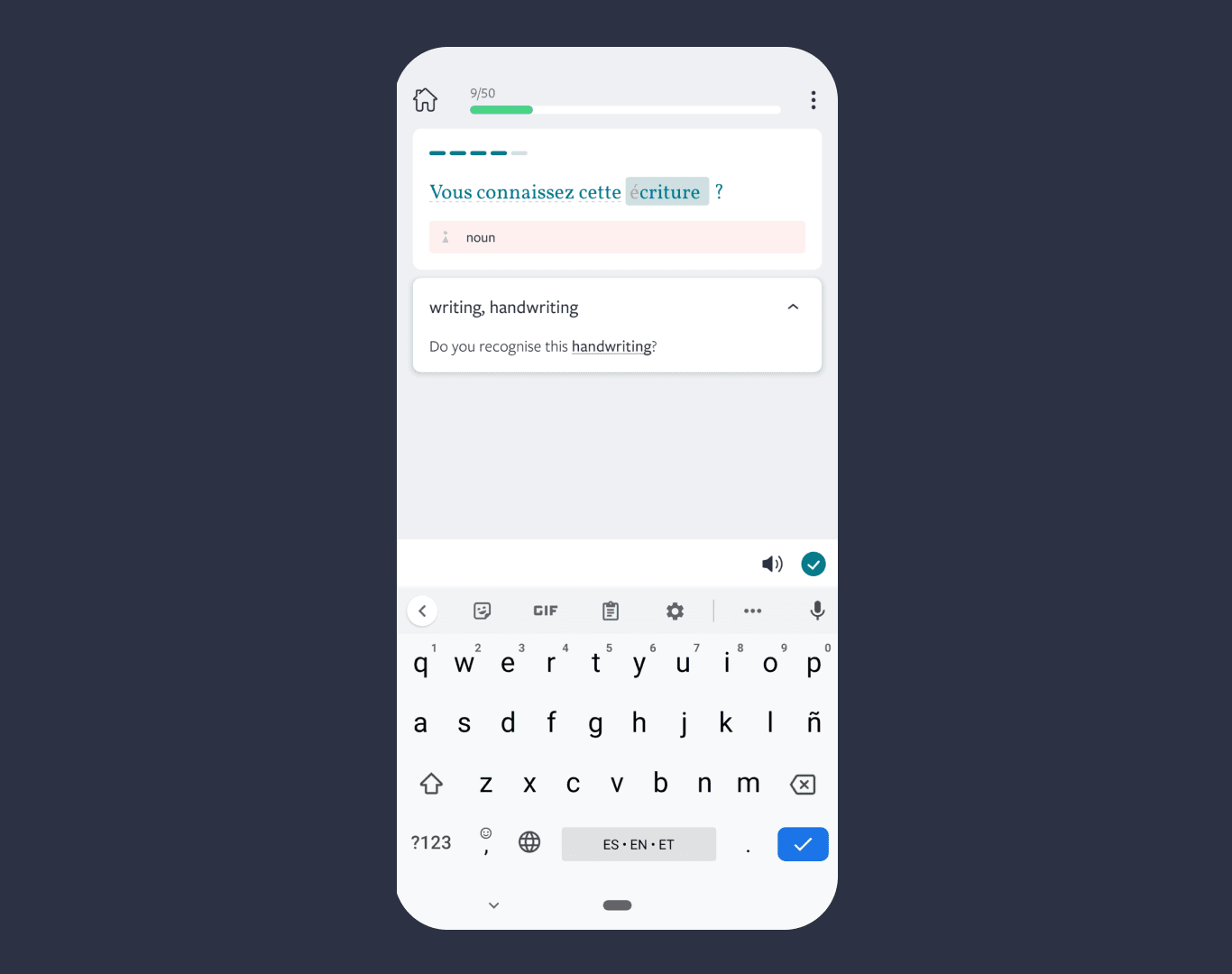 If you made a mistake with a special character (diacritic), it will not be recognized as a wrong answer by default. To challenge yourself, you can choose to toggle on the “Strict Diacritics” option in the “Settings” tab.

Like many other apps, we collect personal data to provide a better experience for our learners. Please review our Privacy Policy to learn more about how we process this data.  END_OF_DOCUMENT_TOKEN_TO_BE_REPLACED